A spokesperson with Independent School District 196, Rosemount-Apple Valley-Eagan, has confirmed to 5 EYEWITNESS NEWS that one of the three people killed in a Duluth plane crash late Saturday night is a 32-year-old teacher in the school district.

The district said Alyssa Schmidt taught second grade at Echo Park Elementary School, but lived in St. Paul. She’d worked for Independent School District 196 since 2014.  In a statement released by the district, she was described as “an incredible, talented young teacher who positively impacted students every day.”

Authorities told KSTP the pilot, 32-year-old Tyler Fretland, also of Burnsville, is the third person who died in the accident.

Fretland’s mom says they were traveling to Duluth for a wedding.  She says Fretland was a certified flight instructor who was working toward getting his commercial license.

The Schmidt family released the following statement on the crash:

“We are heartbroken by the untimely and devastating loss of three beautiful souls, Alyssa, Matt and Tyler. Deeply devoted family members, Alyssa and Matt had infectious spirits and were wholly selfless in their approach to life. Most importantly, they were best friends who enjoyed each other’s company while taking many adventures together. Alyssa spent considerable time teaching the future generation with an uncanny ability to connect with all on an individual level. She consistently lit up a room and always made sure everyone was having a good time. Matt viewed life from a glass half full perspective and made sure to take full advantage of every opportunity. He frequently lent a helping hand to those most in need. Both have made an indelible impression on the world and will live forever in our hearts and memories. We are so grateful for the outpouring of love and support from family, friends and our community. We kindly ask that everyone respect our privacy during this extremely difficult time.”

Hermantown Police said the plane disappeared from radar less than two miles from the airport and then slammed into the second story of a home in the 5100 block of Arrowhead Road while the husband and wife were sleeping just before midnight. 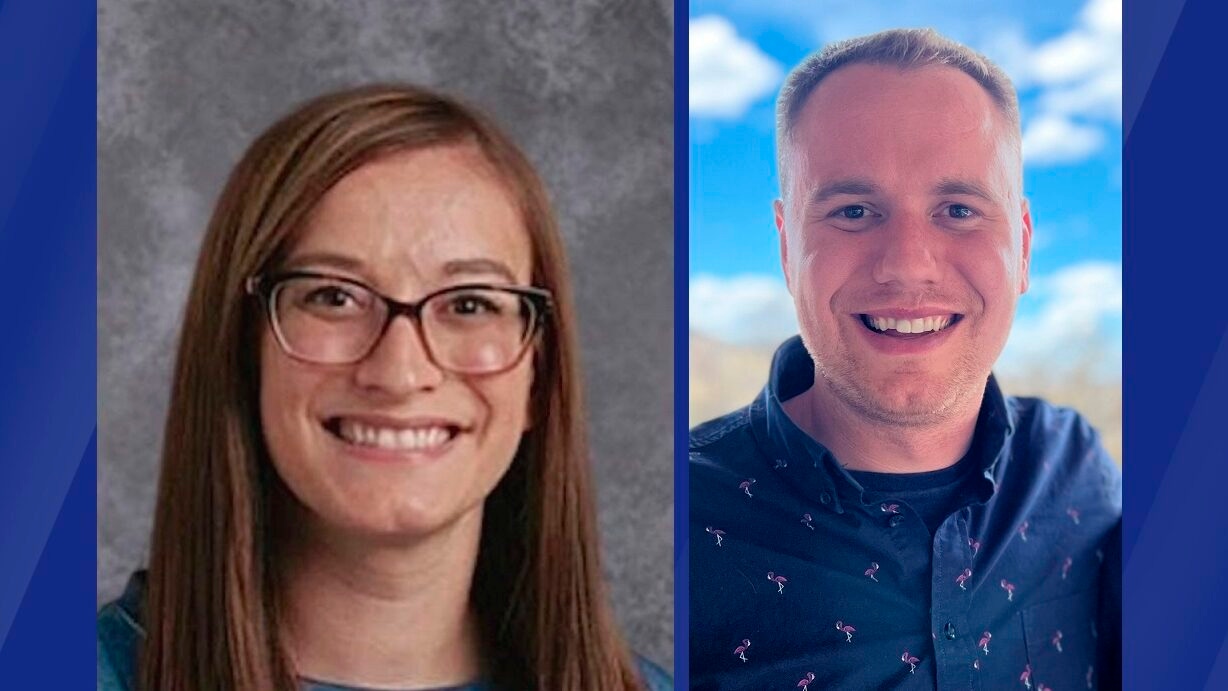 From left, Alyssa Schmidt and her brother Matthew Schmidt.

Jason Hoffman said he and his wife felt “very lucky” to come out of the ordeal without any significant injuries, but also said the two were heartbroken by the deaths of the three people in the plane.

“We were in bed. The plane hit directly above our bed. Anywhere around 18 to 20 inches above our heads,” said Hoffman. “The ceiling did fall down on my legs, but light bruising. That’s it. My wife got one little scratch and a bruise. It’s a miracle. Lucky. Very, very lucky and heartbroken for those who didn’t make it.”

The National Transportation Safety Board is the lead agency in the investigation. The cause of the crash is still being investigated.

Tuesday, Aaron McCarter, the Aviation Accident Investigator with the NTSB, said they are hoping to use non-volatile memory technology to help track the plane’s movements and figure out why the plane went down.

Currently, McCarter says the plane is at Lakeville Airport hangar.

Editor’s Note: A previous version of this report incorrectly spelled Tyler Fretland’s first name. The report has been updated with the correct spelling.

Editor’s Note: This story has been updated to show a statement provided by the Schmidt family.