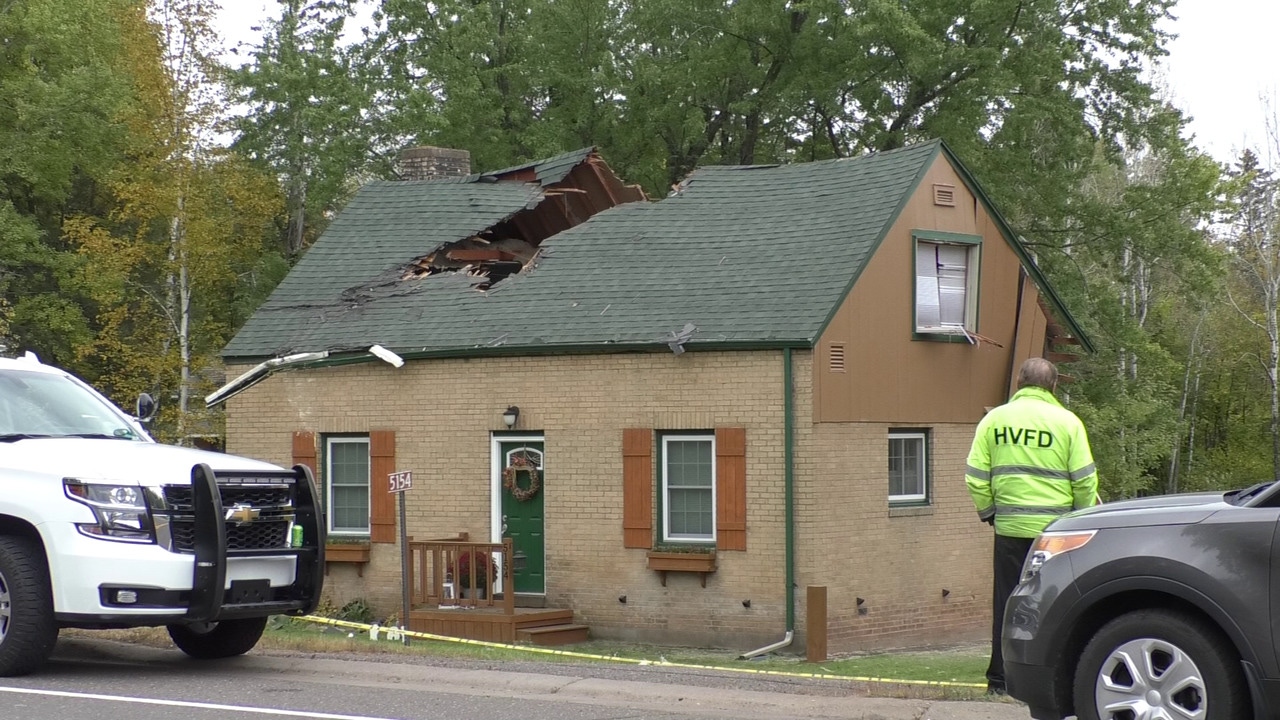 A picture from the crash scene. Photo provided by WDIO-TV in Duluth, MN.

Three Twin Cities metro residents are dead after an airplane crashed into a home late Saturday night in Hermantown, according to a city press release.

The control tower at Duluth International Airport, which sits near the border of Duluth and Hermantown, alerted police of a possible crash after a small airplane left the radar just before midnight Saturday.

Hermantown responders found a wrecked plane by a home on the 5100 block of Arrowhead Road.

Early information suggests the Cessna 172 airplane hit the second floor of the home before coming to rest in the home’s backyard.

Neither of the home’s two occupants was hurt, but Sunday morning, the city announced all three plane passengers were dead.

The pilot has been identified as 32-year-old Tyler Fretland of Burnsville.

The other victims, both passengers, have been identified as Alyssa and Matthew Schmidt. Hermantown Police say they were siblings aged 32 and 31 respectively.

The Federal Aviation Administration and the National Transportation Safety Board are investigating the crash site.