Early voter turnout slightly ahead of 2018 levels in Minnesota

As candidates compete for voter support on the debate stage, thousands of Minnesotans are already casting their ballots.

Early voter turnout is slightly above 2018 levels, according to the Minnesota Secretary of State’s Office. They’ve received 447,568 applications and 152,371 ballots have been accepted as of Tuesday.

“Every year we’ve seen an increase in that activity,” said David Triplett, the Ramsey County Elections Manager. “2020 was the exception year where we saw a 300% increase in activity.” 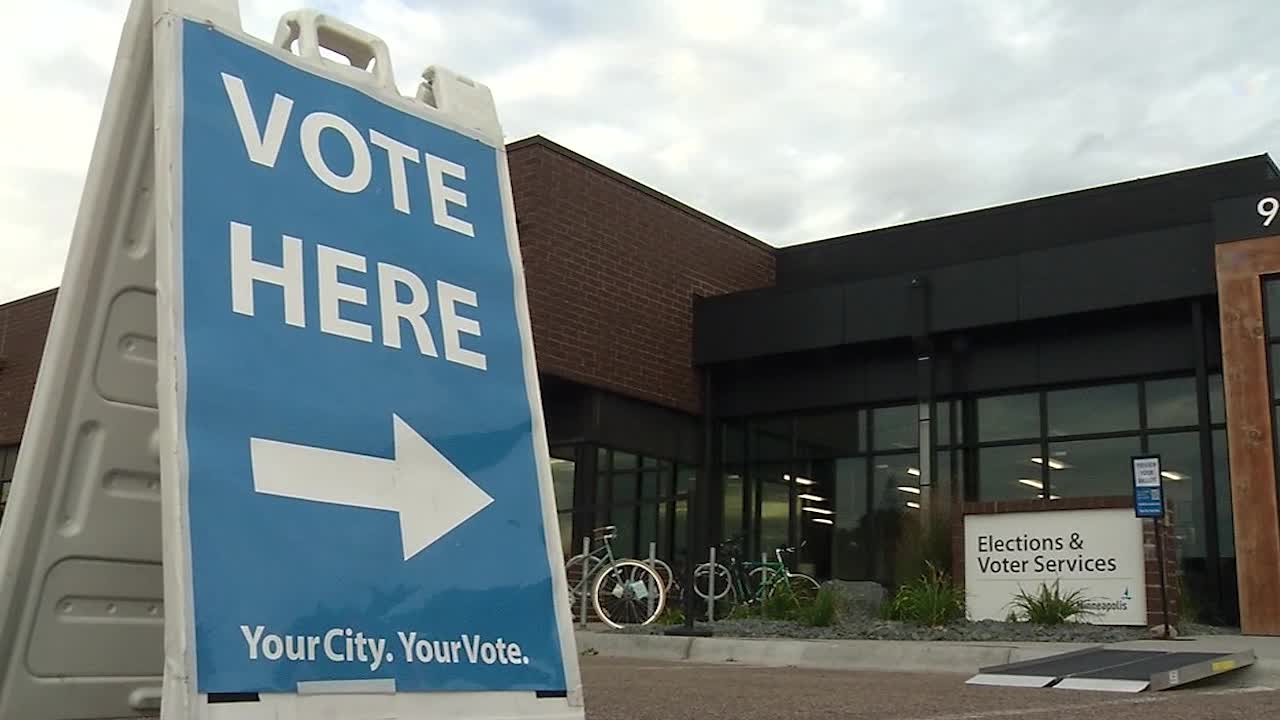 The Elections and Voter Services building is shown in Minneapolis. (KSTP/file)

“We’ve certainly leveled off from 2020, but we’re definitely seeing a much more active electorate taking advantage of early voting or absentee voting through the mail than we’ve seen in previous years,” Triplett said.

So far, Ramsey County has received about 13,000 ballots through the mail or in-person voting. The County received 60,000 total ballots in 2018.

Triplett pointed out there are several weeks of voting remaining until Election Day.

“We’re seeing very high demand it’s hard to predict whether demand will keep up,” said Triplett. “Historically our data will show we see 70% of our absentee voters in the last week of that six-weeks absentee voting period.”

In Minneapolis, 4.1% of voters have cast their ballot early.

“I’m going to be out of the country actually on voting day, so I want to make sure my vote is counted,” said Jen Gamble, who lives in Minneapolis and votes early each year. “I like to be sure I don’t miss out.”

Without a line at the Early Vote Center on Tuesday, she was able to cast her ballot quickly.

“It’s very easy, very similar to voting in person but faster usually because there’s not a line,” Gamble said.

Turnout nationwide is being tracked by analysts at the University of Florida. According to the U.S. Elections Project, more voters have gone to the polls early so far this year than in 2018.

Information about how to obtain an absentee ballot in Minnesota is available on the Secretary of State’s website.

If your mail-in ballot is rejected, you will be mailed a replacement with an explanation of what needs to be fixed.

In Ramsey County, some ballots listed an incorrect candidate. The County identified a “clerical error” in September, which listed Beverly Peterson as the Republican Party candidate for House District 67A. She is deceased.

The Minnesota Supreme Court has taken action to allow the county to send corrected ballots to voters. Those who wish to spoil their original ballot and receive a new one must do so by Nov. 1. Voters can find more information here.