Brian O’Hara will officially be the city of Minneapolis’ next police chief.

Thursday morning, the Minneapolis City Council unanimously approved O’Hara, the former director of police services in the mayor’s office in Newark, N.J., as the next head of the police department.

He will officially start his new position on Monday.

Minneapolis Mayor Jacob Frey, who nominated O’Hara for the job at the end of September, called O’Hara “exactly the type of person our city, our community, and our police department needs right now.”

Speaking shortly after he was approved by the council, O’Hara said he’s ready to get to work but cautioned that improvements won’t be quick and easy, but rather a long and difficult process.

“Change takes time and obviously no one person can bring forth the culture change that people want to see — it’s not going to happen overnight and there’s a lot of hard work ahead, there are a lot of serious challenges facing this city and this police department — but what I do believe is that a couple years from now, two or three years from now, we’ll all be in a different place and it’ll be something for the better,” O’Hara said. 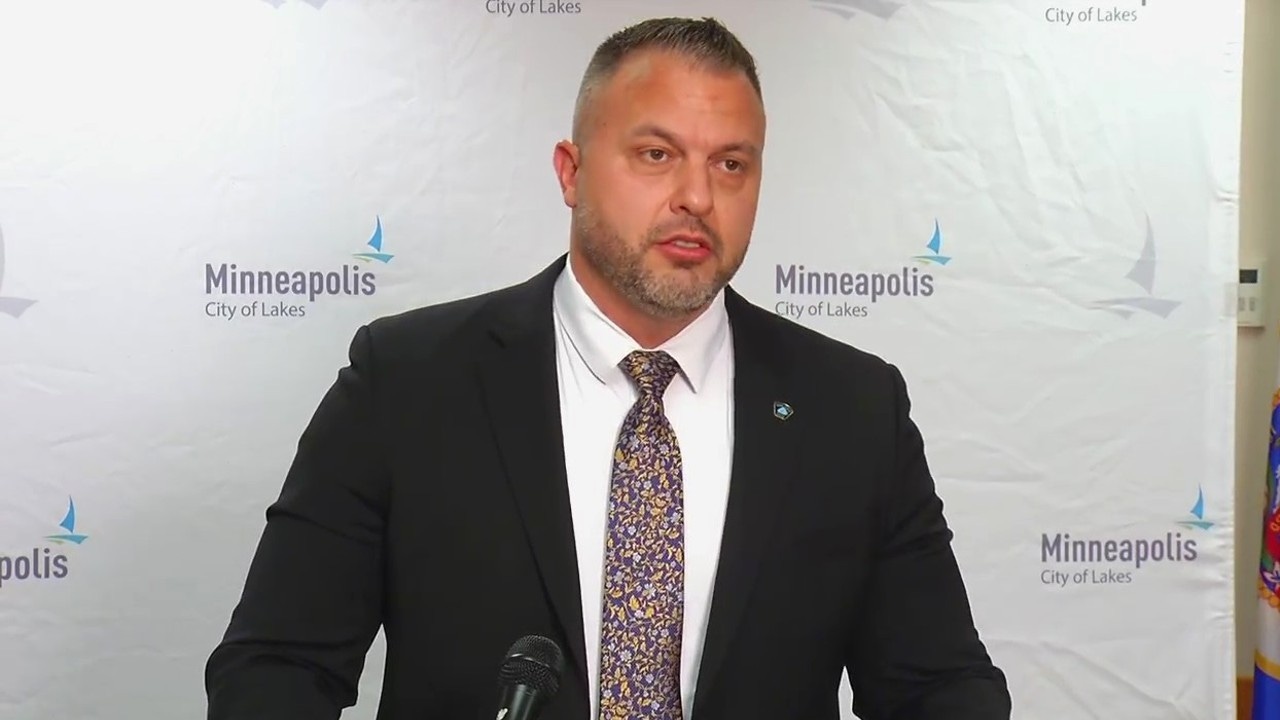 Brian O'Hara talks moments after being unanimously approved as the city's next police chief on Nov. 3, 2022. (KSTP-TV)

One of the goals the city continues to face is adding more officers. O’Hara acknowledged that and said that while more funding is needed both for recruiting new officers and retaining current ones, he hopes to get more Minneapolis residents “who want to be a part of positive change” in the department and remove any barriers that might be keeping residents from joining the department.

“If we do want good police in this city and we do want police who represent and personify the very best of the values that the community demands, we have to both ensure that they are compensated appropriately but then also ensure that there are appropriate accountability mechanisms in place,” O’Hara added.

He also noted he doesn’t yet know much about the police contracts to know if there’s language in the contracts that can be changed to support those two goals.

As for city’s structure, O’Hara said he’s fine reporting to Cedric Alexander, the commissioner of the Office of Community Safety, saying, “we all have bosses” and it’s his job to carry out the mandates given to him. However, Alexander made clear that O’Hara will be the one making the day-to-day decisions and implementing the programs he sees as necessary for the department to be the best it can be.

“He will have a great deal of power, a great deal of authority, he will make decisions that he feels is best for the organization in which he’s about to lead. Part of my responsibility will be there to support him … so his role is going to be a tremendous one,” Alexander said.

One of the many priorities for O’Hara will be rebuilding trust with members of the community.

“Presence is powerful and the only way that we will be able to rebuild trust is if our police officers are accessible and engaging in meaningful ways with, especially folks who disagree with the police department. So I know that begins with me and that’s something that I definitely intend to continue,” he said.

He also told 5 EYEWITNESS NEWS in a one-on-one interview before he was confirmed that “the level of gun violence in Minneapolis is frightening and it is a top priority.” You can read that full story in the link below.

On top of violent crime, the need to recruit and retain officers, and rebuilding community trust, O’Hara was also asked about the challenge of dealing with the opioid crisis in the city, which he acknowledged.

“It is very clear to me just from patrolling in those neighborhoods (in north Minneapolis) that there is a serious opioid problem here,” O’Hara said. While there are programs already in place that can help, he said he doesn’t yet know enough about the city and department to know if more can be done.

“I look forward to becoming a sworn member of the police department so I can then get access to law enforcement-sensitive information and really get a chance to see how the department is functioning now,” said O’Hara. “Take a look under the hood and see what’s going on, and then try to identify the gaps in terms of where the department is today and where do we want to be in the future.”