UPDATE 11/3/22: Members of the Minneapolis City Council met Thursday and approved the confirmation of Mayor Jacob Frey’s nominee for the city’s next police chief.

Thursday morning, councilors approved Brian O’Hara to be the city’s next Chief of Police in a 13-0 vote.

Before the vote was taken, a handful of councilors spoke out, and offered their full support and hope to O’Hara. A few dozen officers were also in attendance to show their support for the new chief.

According to the City of Minneapolis, O’Hara will be sworn in and officially start his new position on Monday, Nov. 7.

Some of the issues among his priorities after being sworn-in will be gun violence and staffing. The department is down about 300 officers, about one-third of where O’Hara says it should be.

O’Hara issued the following prepared statement in a release Thursday:

“I believe that things happen for a reason. I believe very deeply that the experiences that I have had in the city of Newark, working with community and working with police officers to bring about meaningful changes, are experiences that are directly applicable to the current challenges that are facing the residents of this community. I’m incredibly honored and humbled to have the opportunity to be part of the change here in Minneapolis.”

“This moment matters. The act of stepping up for this job – at this time – is an act of courage, and Brian O’Hara is exactly the type of person our city, our community, and our police department needs right now. He is an inclusive leader, a forward thinker, and a person of the highest moral integrity. His unrelenting willingness to show up and be present will allow him to succeed in driving police reform, reducing violent crime, and strengthening police-community relations. I look forward to witnessing Chief O’Hara’s legacy in Minneapolis.”

O’Hara and Frey both spoke at a news conference following the city council meeting Thursday. That clip can be found immediately below. 5 EYEWITNESS NEWS reporter Jay Kolls previously spoke with O’Hara in a one-on-one interview. You can view that story below.

INITIAL REPORT 11/2/22: The Minneapolis City Council will vote Thursday on whether to confirm Brian O’Hara, Mayor Jacob Frey’s pick to be the city’s next police chief. 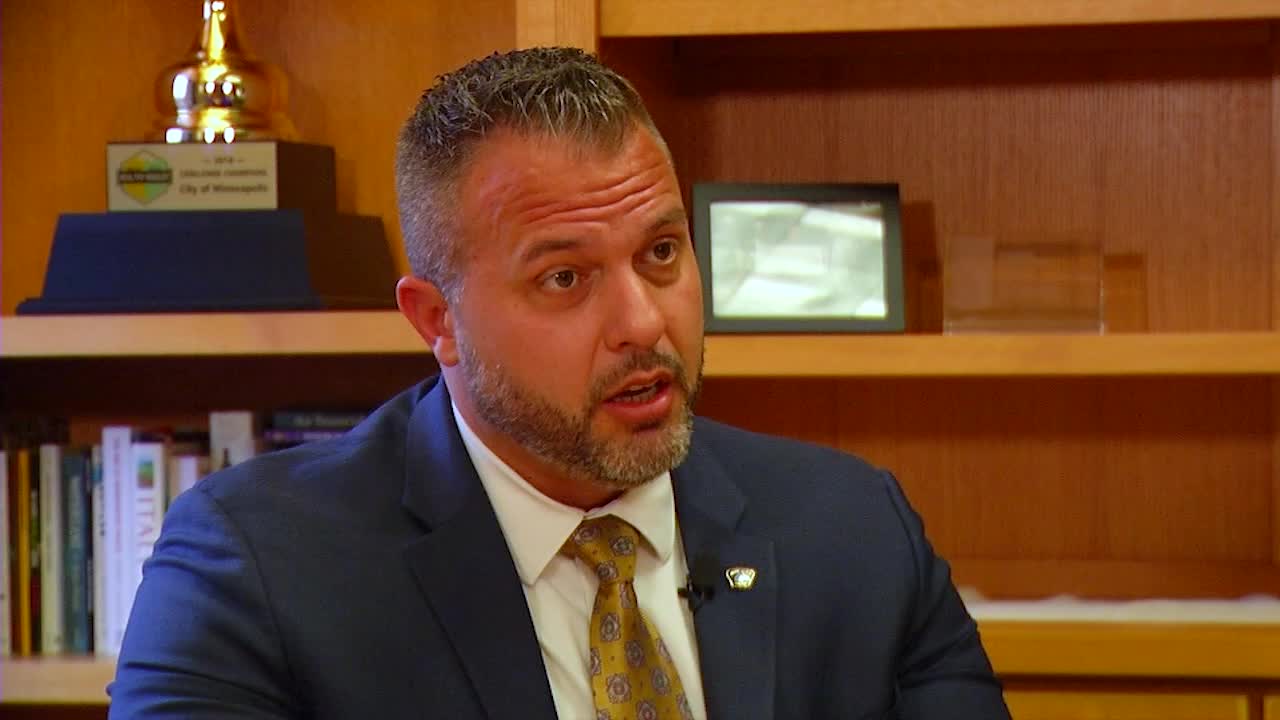 O’Hara is currently the director of police services in the mayor’s office in Newark, New Jersey. He started as a street patrol officer in Newark and rose through the ranks over the past two decades.

O’Hara told 5 EYEWITNESS NEWS he has seen a lot of violence in Newark, but there is one aspect of the recent rise in violent crime in Minneapolis that is different from Newark.

“The level of gun violence in Minneapolis is frightening and it is a top priority,” O’Hara said. “With the level of gunfire that there is, it is clear there has been an increase in automatic gunfire which, obviously, has resulted in multiple victims in shooting incidents.”

When asked if he was surprised Minneapolis did not have more than 73 homicides this year, O’Hara responded, “Yes.”

O’Hara said another top priority is addressing what he called a “crisis” in staffing at MPD. He vowed to make a vigorous recruiting effort to hire more officers because he said MPD is down about one-third of its officers from previous staffing levels.

“The city wants good police officers., right? I am sure city residents don’t care where those persons are from. They just want good officers and good policing,” O’Hara said. “But I still think it’s important that we do our part to recruit our residents first.”

If O’Hara is confirmed by the City Council on Thursday, his first day on the job would likely be before the end of the month.