A serendipitous memorial is growing for a 6-year-old boy who may have been killed by his mother.

Family confirmed to 5 EYEWITNESS NEWS that Eli Hart was the boy found by law enforcement after 28-year-old Julissa Thaler was pulled over in Mound on Friday.

Sunday, during a planned 5K run from The Grief Club of Minnesota, organizers did what they do best: help people cope with tragedy.

The run was held at Back Channel Brewing, not too far from where Hart was found. There, people could write a message to the young boy and tie it to a fence with a flower.

“I think of parents who are children who are grieving we often wonder what do we do to comfort them, support them [and] the biggest piece we share with people is be truthful and be simple,” said Sarah Kroenke, executive director and co-founder of The Grief Club of Minnesota.

“Love them up, that’s what they need now more than anything is for them to know they care taken care of and that they are loved and that there are people that care about them,” she added. 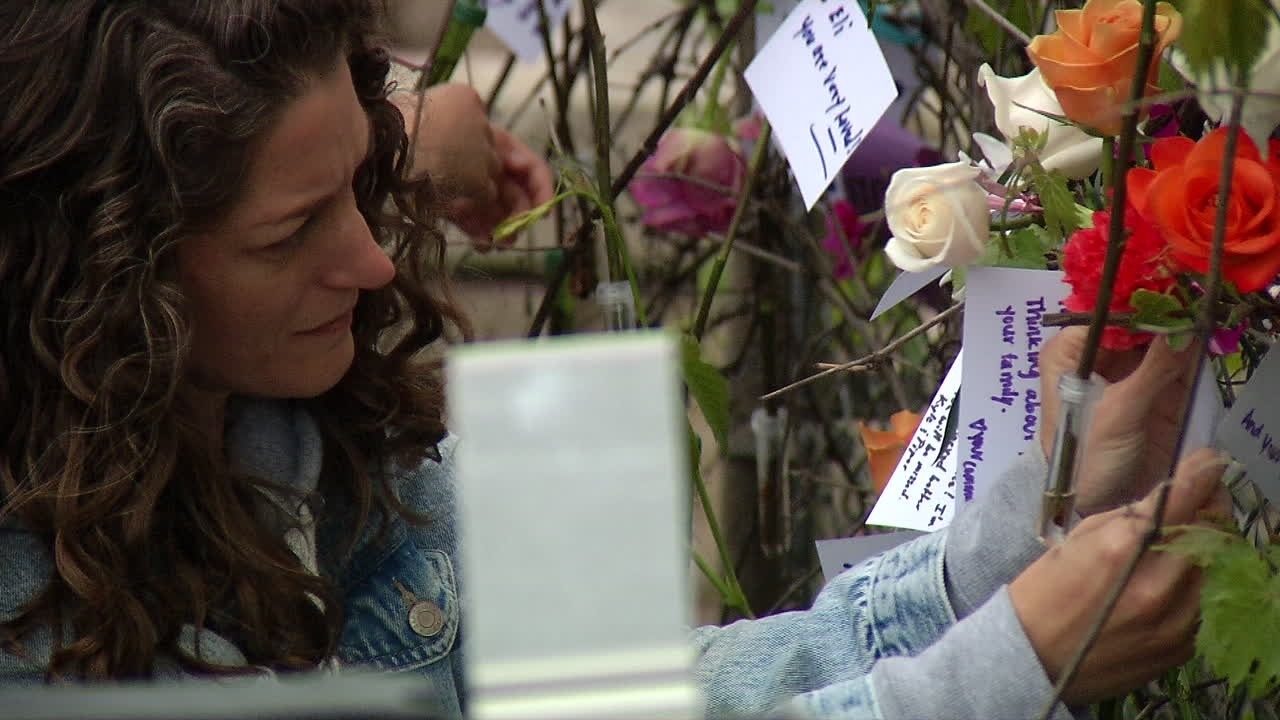 A woman leaves a note Sunday, May 22, 2022, at a memorial for Eli Hart, a 6-year-old boy who was found dead in a trunk during a traffic stop Friday in Mound. (KSTP)

One family who left a couple of messages for Hart was the Butkowskis — their daughter Piper was a classmate of Eli’s. They saw the two were best friends.

“It’s been a tough couple days since we heard,” Kyle Butkowski said. “You don’t always know what to say to a young one. You try the best you can, try to fill in the blanks if they have any questions, but [we’re just] there and support them.”

Family of Eli, including the family’s spokesperson, Josie Josephson, are still having trouble coming to grips that this is real but are very thankful for the support they’ve received.

“There’s been such an outpouring of support for us, more than we could have ever imagined,” Josephson said on the phone with 5 EYEWITNESS NEWS on Sunday.

“Eli was so special to us. For the longest time, we felt like we were so alone in this battle for him and we can’t thank everyone enough.”

Josephson said there had been a long dispute over the custody of Eli.

Thaler remains in custody in Hennepin County but has yet to be formally charged. Police say a second suspect, a man, was arrested in connection with Eli’s death.