A criminal investigation is underway after the body of a juvenile male was found inside a car trunk Friday morning in Mound.

Orono police, who patrol Mound, confirmed the discovery in the area of Shoreline Drive and Bartlett Avenue.

According to an update Friday afternoon, Orono police said they received a call at 7:09 a.m. from a caller who reported seeing a car with a smashed back window and a tire that was being driven on its rim.

Officers then found the car and conducted a traffic stop. While speaking to the female driver, police noticed blood inside the car. Officers said when they searched the car, they found a body inside the trunk.

“We don’t have things like this happen. I can’t even tell you the last time,” said Debbie Irwin of Mound. “This is pretty bad.” 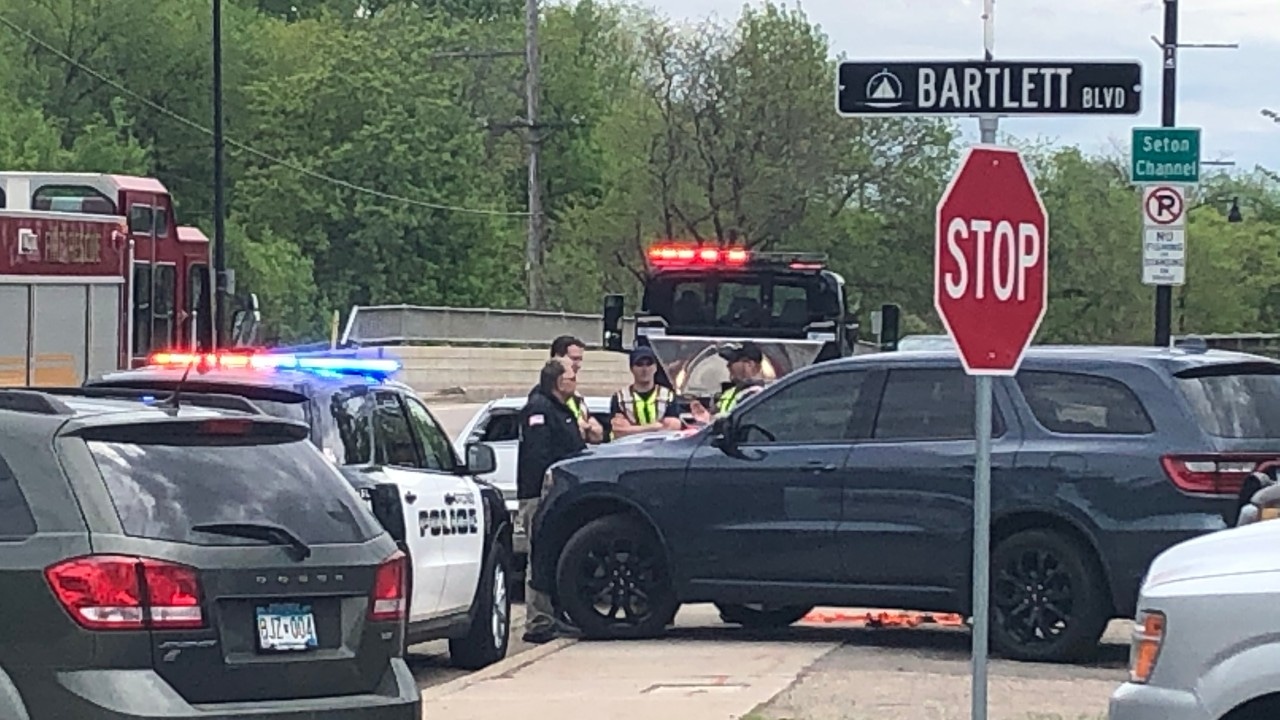 Orono police investigate the discovery of a body in Mound on Friday, May 20th. (KSTP/Todd Raaen)

Police say two people have been taken into custody, the female driver of the vehicle and a male who was detained at an apartment complex in Spring Park. Police say there is no risk to the public.

“We have information that it’s domestic-related,” said Orono Police Chief Corry Farinok. He added the female driver is the primary suspect. “We believe she’s involved.”

“It impacts us all […] Our hearts go out when you have a juvenile victim in all this and dealing with that, and processing that,” Farinok stated.