Members of the Unity Community Mediation Team (UCMT) said they met with Minneapolis Police Department Interim Chief Amelia Huffman on Thursday to discuss the shooting that happened in the midst of serving a search warrant in connection with a St. Paul homicide case early Wednesday morning.

22-year-old Amir Locke was killed in the shooting. 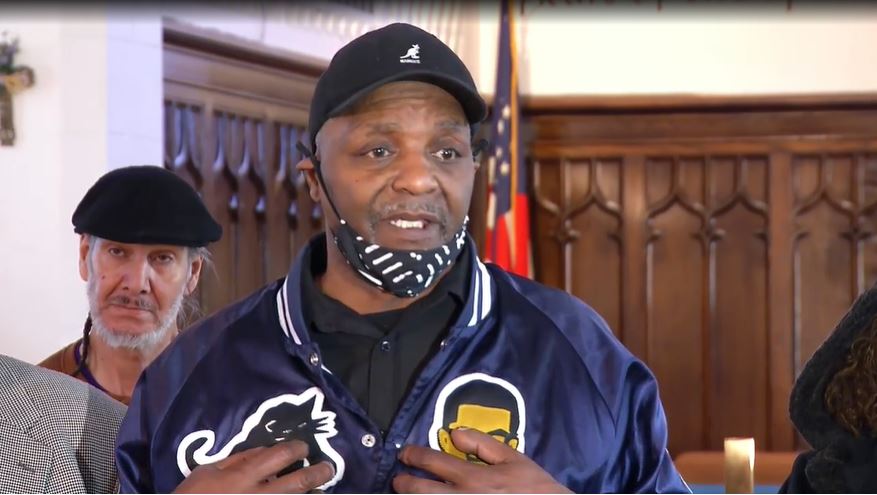 UCMT team members held a news conference Friday following the release of bodycam video in connection with the incident. You can view that news conference in its entirety above.

Flowers Jr. went on to say he sat through similar news conferences when he was younger.

“I sat through these same press conferences as a 14 or 15-year-old man, young boy, talking about the same cases and I stand here in 2022, two years from George Floyd with the whole world watching, and see no tangible change in the department.”

Other UCMT members stressed the need for unity and transparency in the community, adding they will continue to monitor the process of mediation.

Content warning: The following video is unredacted and contains graphic scenes and strong language that some viewers may find offensive.

The video has not been edited from how its original form was provided by the Minneapolis Police Department. If you are unable to view the video above, click here.

During a news conference Thursday night, Interim Minneapolis Police Chief Amelia Huffman asserted that the officers announced their presence before entering the apartment amid repeated questioning that the video appeared to show that officers did not do so.

“I definitely encourage everyone to view the video and make that assessment for themselves,” Huffman replied.

Wednesday, Huffman said Locke was a suspect and that the gun was pointed at officers. The video appears to show that the gun is pointed toward the floor. When asked about the discrepancy, Huffman said the video does not show all the officers in the frame. When pushed further on the topic, she said that will be up to county prosecutors to decide when reviewing the case.

Later in the news conference, Huffman said that it was “unclear if or how Mr. Locke is connected to St. Paul’s investigation, and more information will be coming as St. Paul —” and she is cut off by more questions from the crowd, some asking why Locke was referred to as a suspect in a previous press release from MPD.