The newly sworn-in Sheriff Witt told 5 EYEWITNESS NEWS her experiences as a child have shaped her determination and will guide her in her new role.

“I know where I came from, and I know all the trials and tribulations it took for me to get to this seat right her, and it’s important for me to remember why I did this,” Witt said.

Witt told KSTP her parents struggled with addiction, she became a mother at age 15, she was temporarily homeless, she experienced a childhood that included physical and sexual abuse, and her family’s neighborhood was filed with violence.

“There’s drugs. There’s alcohol. There’s mental health issues that were never addressed. Um, abuse. And, sort of chaos,” said Witt. “There was violence in the neighborhood, and I remember my sister got in a fight with a rival female gang and she got cut up with razors.” 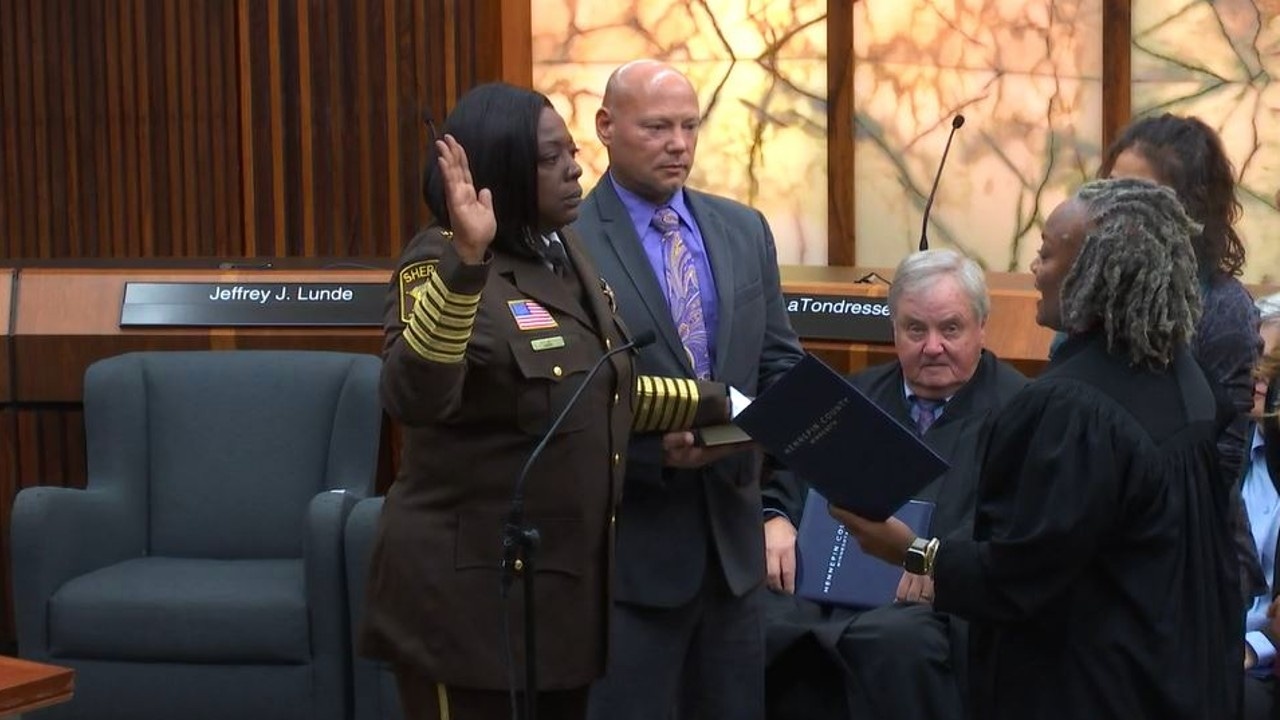 She added, “The first time I saw someone get shot, I was five.”

Witt said her life experiences will help her be a better sheriff.

“All these different lenses I get to bring to build these bridges,” said Witt.  “You know, it would have been a shame to, to not mend those bridges because I am somebody who can speak from both sides of it, and that’s how I like to utilize it.”

Watch the full one-on-one interview in the video player at the top of this article. Click here to watch if you’re using the KSTP app.