The state has filed a lawsuit against three cannabinoid retailers and manufacturers, alleging that some of their edibles violate state law.

Back in July, the state started allowing companies to sell edibles and beverages with up to 5 milligrams of tetrahydrocannabinol (THC) per serving or 50 milligrams per package.

The lawsuit filed Monday claims the three listed companies have been selling products with far more THC than allowed.

Court documents state that, last month, board and Food and Drug Administration officials visited the companies’ manufacturing warehouse in Moorhead and found thousands of packages of edibles, which matched products sold on the companies’ websites, that exceeded what is allowed by law. Some of the packages had edibles that contained as much as 100 milligrams per serving and 2,500 milligrams per package, the lawsuit states, which is 50 times the amount allowed.

Additionally, the lawsuit says the companies are breaking the law by making THC products that are shaped like gummy bears. The law doesn’t allow edibles to “contain cartoon-like characteristics of a real or fictional person, animal or fruit that appeals to children” and can’t be “modeled after a brand of products primarily consumed by or marketed to children.” 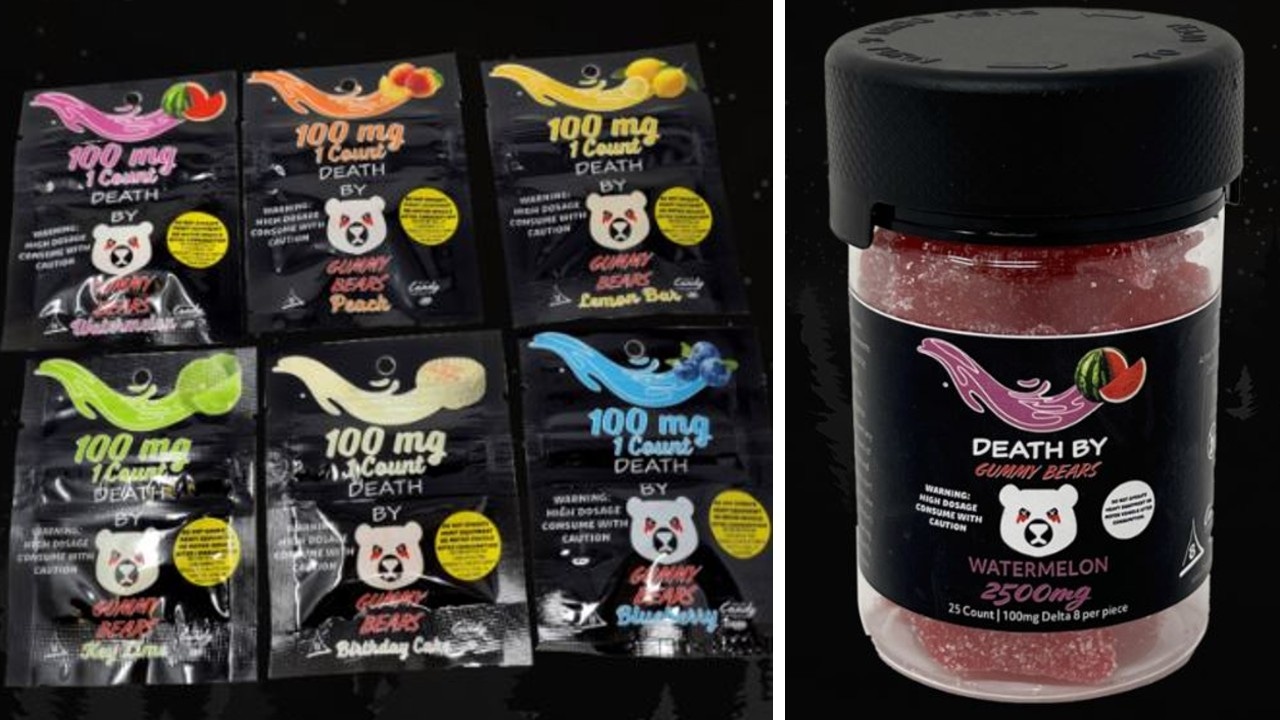 Finally, the documents claim that the board requested product testing results from the companies at the end of October and again last month and still hasn’t heard back, which violates state law. The testing is required not only to determine the products don’t have too much THC but also to confirm they don’t have “more than trace amounts of any mold, residual solvents, pesticides, fertilizers, or heavy metals.”

The board says it estimates the total value of the products that violate state law tops $7 million.

During a press conference Monday afternoon, Jill Phillips, the executive director of the board, said the lack of regulation for THC is an issue.

She also said the board supported having a separate cannabis regulation office before the THC law was approved this past summer and still supports that.

According to Phillips, the legalization of THC products has left the board inundated with complaints. She noted that the board has gotten 46 complaints related to edibles since the start of August, and the board typically investigates and resolves 120 complaints per year. Plus, it still has all of its other pharmaceutical licensees to continue monitoring.

Gov. Tim Walz has said he expects lawmakers to work to legalize recreational marijuana during next year’s legislative session. Given the concerns expressed by the board on Monday, its regulation is likely to receive much more focus as well.

“Northland Vapor Company is a small, family-owned business that employs more than 60 people. It has been a proud member of the communities in which it operates for nearly a decade and takes great pride in its commitment to producing safe, consistent, high-quality products in a clean, professional environment.

“Northland attempted to work with the State to ensure existing operations and otherwise legal products could comply with the newly adopted state law. The State worked with other businesses in the industry, but someone decided Northland should be made an example. Why the Board of Pharmacy elected to expend its time and resources on a small, family-owned business in outstate Minnesota rather than focus on the real problems in its own backyard is hard to say.

“The State’s attempts to smear Northland’s reputation and aggressive tactics go beyond belief. The State has inferred — but was careful not to say — the consumption of a Northland gummy product resulted in a THC overdose death. The State was careful not to say what it inferred because the claim is unsubstantiated. Suggesting that an adult male who consumed a gummy product on the date of his death was killed by the gummy is as absurd as suggesting that someone who consumed a single beer on the date of his death died because he drank the beer. Simply put, there is no evidence of any harm arising from the proper use of Northland products. The State’s efforts to suggest otherwise are misleading and shameful.

“Northland is a small business committed to making a quality product and now must fight for its life against over-zealous regulators in St. Paul looking to make a splash with their newly adopted law.”

5 EYEWITNESS NEWS reached out to the other companies for comment but hasn’t yet heard back.