Many Minnesotans seemed surprised to learn last month that edibles and beverages including an intoxicating level of THC had been legalized by the Legislature. It turns out many lawmakers were surprised, too.

“This bill came over from the House of Representatives,” former DFL state Sen. Ember Reichgott Junge says after reviewing video and transcripts of the hearings with lobbyist Brian McDaniel. “Normally the senators would ask questions because they didn’t have a hearing on it. So it would be up to them to ask those good questions. Good questions lead to more information and good answers, and none of that occurred.”

We reviewed video and transcripts of one conference committee hearing and two House hearings regarding legislation to legalize edibles and beverages that include THC, the primary intoxicant in marijuana. A bill authored by Rep. Heather Edelson, DFL-Edina, received its first hearing in the House Health Finance and Policy Committee on March 18. At the time, the bill called for a limit of 2.5 mg of THC. At that level, the executive director of the Minnesota Board of Pharmacy testified products would be non-intoxicating. 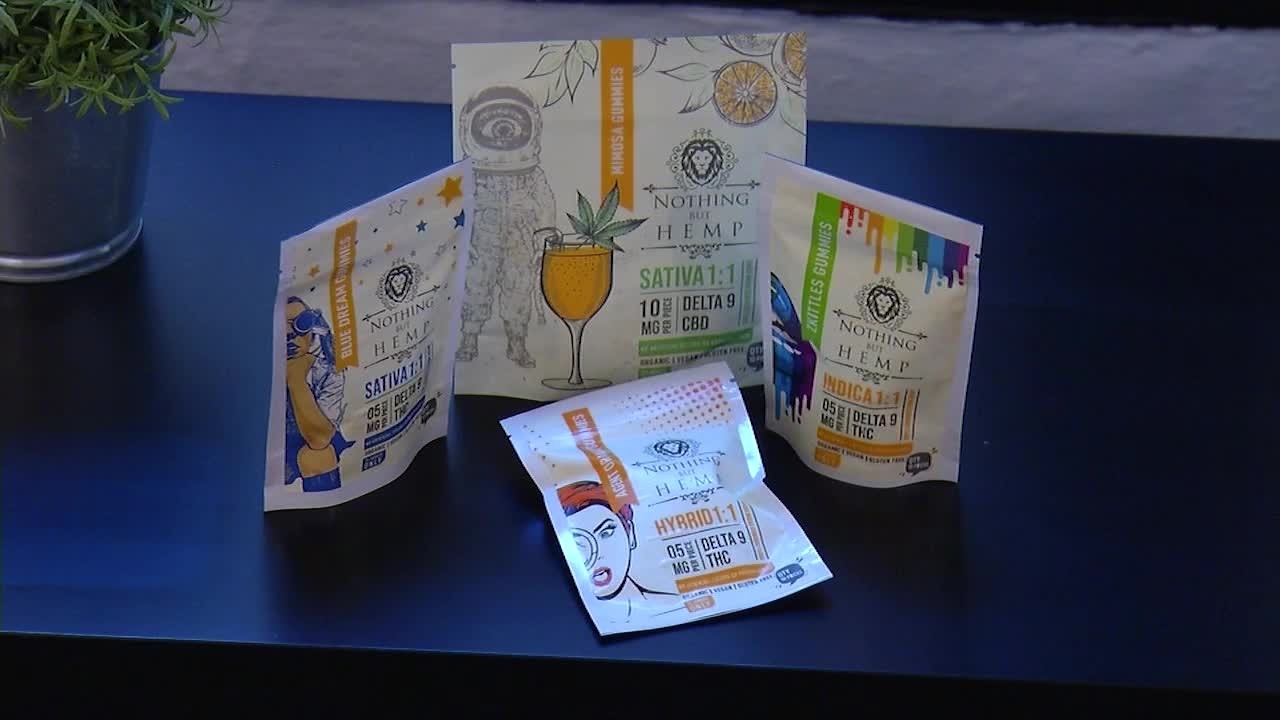 “This legislation actually in one way would help the industry and consumers by making non-intoxicating edible products legal,” said Dr. Cody Wiberg, who retired last month from the Board of Pharmacy.

Edelson says her initial goal was to create regulations for an industry that was largely unregulated after the 2018 Farm Bill in Congress and a Minnesota Court of Appeals ruling regarding hemp created gray areas in the law. Edelson says some edibles were being sold with 25 milligrams or more because there were no regulations in state law. She also wanted to make sure there are rules prohibiting marketing edibles to kids by creating a 21-year old age limit.

One week later, on March 25, the bill was heard in the House Commerce Finance and Policy Committee and amended by Rep. Edelson to increase the THC limit to 5 mg, a level that is considered intoxicating for many people. It was a change supported by the hemp industry.

“I will move the A1 amendment,” said Edelson in the hearing conducted remotely.

“Yes Mr. Chair, the amendment is an agreement between the [hemp] industry and the Board of Pharmacy and agriculture,” Edelson responded.

Then the committee hears testimony again from Wiberg and Steven Brown, a board member of the Minnesota Cannabis Association and owner of Nothing but Hemp stores.

“We believe this bill will help the industry grow, provide better consumer safety and allow for product innovation,” Brown testified.

Neither Brown or Wiberg or Edelson specifically mention the new 5 mg THC level, although it was in the written amendment before lawmakers. Committee members had ample opportunity to ask questions.

“That concludes testimony,” Stephenson said after hearing from Wiberg and Brown. “We will now move to member discussion and questions. Discussion to the bill?”

After a few seconds of silence during the remote hearing, Stephenson says, “Seeing no discussion, any closing comments Rep. Edelson?”

She simply replies, “I ask members for your support. Thank you Mr. Chair.”

The bill then passes unanimously 16-0 after no questions, no explanations about the 5 mg level and no debate.

“There was not a lot of discussion about it, but the amendment was before you so there was no hiding at all,” Edelson told 5 EYEWITNESS NEWS in a recent interview. “Everything was transparent. But no, there were no questions.”

She says there was no attempt to keep anything secret.

“Absolutely not,” Edelson said. “It’s been hard for me to hear that because I feel like my integrity is in question. The goal was to be transparent.”

But lawmakers like Sen. Jim Abeler, R-Anoka, chair of the Senate Human Services Reform Finance and Policy Committee and co-chair of the conference committee that ultimately passed the higher level of THC, told 5 EYEWITNESS NEWS over the phone he thought the bill was only making technical changes to cannabis law. He declined to be interviewed in-depth for this story.

Abeler even joked about the legislation after it was adopted by the conference committee in an amendment from the House on May 19. Again, this was after the committee spent just over a minute discussing the amendment with no debate and no questions.

Right after the conference committee unanimously approved the amendment, Abeler says, “That doesn’t legalize marijuana … we didn’t just do that, did we?”

“Oh, are you kidding?” DFL House co-chair, Rep. Tina Liebling, DFL-Rochester, says with a laugh. “Of course you have.”

“It’s all in the fine print,” Abeler jokes back.

Although Edelson says she did her best to be transparent, at a news conference five days after the THC-infused edibles and beverages became legal, DFL House Majority Leader Ryan Winkler, a leading proponent of legalizing recreational marijuana, seemed to relish how the bill passed.

“Sometimes legislation benefits from lots of publicity and sometimes legislation benefits from just being able to do the work more quietly,” Winkler told reporters at a news conference celebrating passage of the law. “There were multiple committee hearings. The conference committee discussed this in public. The bills were all posted. There was plenty of time for anyone interested to take a look. … But drawing attention to this change in the regulatory structure I don’t think would have helped the bill pass.”

As we know now, there were hearings, but very little scrutiny and no questions from lawmakers.

“This got what? A couple minutes of attention?” former Senator Reichgott Junge said after reviewing the hearings, adding it doesn’t represent good government. “This issue deserved its own bill. Its own hearings. Its own conference committee between the House and Senate.”

Lobbyist McDaniel says there’s a lesson for lawmakers about being more focused, especially when legislation is complicated, like with milligrams of THC levels.

“There was a lack of inquisitiveness or questions,” he says.

Edelson says she was surprised so many lawmakers were caught off guard.

“I could have maybe talked more about it,” she says of her amendment to increase the THC level from 2.5 mg in her original bill to 5 mg a week later. “But everything was plain as day. We followed the normal legislative process.”