At Black Hart of St. Paul, proof of vaccination or a negative COVID-19 test will now be required on Friday and Saturday nights starting at 8 p.m. The bar, which hosts drag and burlesque shows, is one of a growing number of businesses announcing a mandate as the number of COVID-19 cases grows.

Currently, Minnesota does not have a statewide vaccination requirement.

“Fridays and Saturdays are our biggest show nights and there’s lots of people around the dance floor,” Black Hart owner Wes Burdine said.

He conducted a poll of performers and employees before making the decision to require vaccination or a negative COVID-19 test, taken within 72 hours.

“Just starting to talk to more and more performers who, after the great summer where everyone felt liberated, they started to feel a little bit more nervous,” Burdine said. “We’re just asking the last kind of hold-outs to help keep this bar alive. We can’t keep this bar alive unless people feel safe performing and working here.” 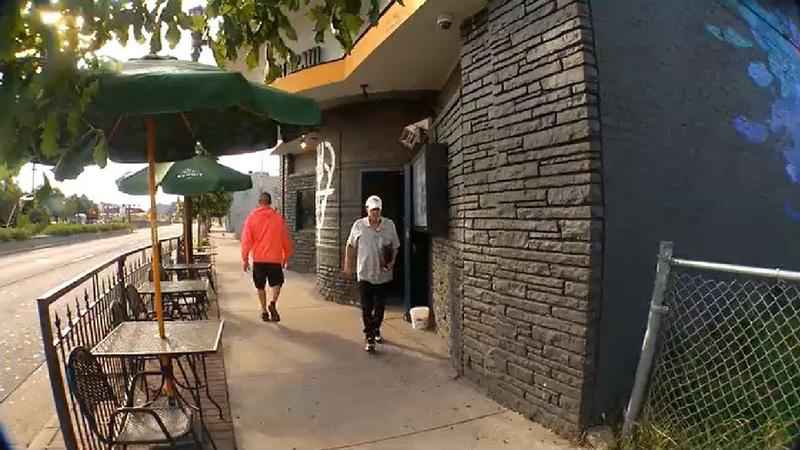 The Black Hart of St. Paul is joining a number of businesses requiring proof of vaccine to enter.[KSTP]

“I have concerns that it’s already cost us business not doing it,” he said. “What we need is our mayors, our governors to step up because once it becomes a common habit then we don’t have friction.”

5 EYEWITNESS NEWS reached out to St. Paul Mayor Melvin Carter to see if he is considering a vaccine mandate. His office responded it is exploring a vaccine requirement for city employees but did not mention a mandate for businesses.

“I had a picture of it on my phone. It was easy,” Rule said. “It’s a minor inconvenience, much less of a problem than lying in bed dealing with COVID.”

Ahmed Warsame, also of Minneapolis, supports new requirements as well but shared concerns there could be logistical challenges.

“It’s their right as a business to think about the general welfare to protect people’s health,” he said. “But at the same time, it doesn’t make sense to force people to carry a card around.”

Burdine said he’s focused on making sure his customers are aware of the new mandate.

“Those are the people I’m mostly worried about. They’ve done their part and they just forgot,” he said. “After a few weeks, hopefully everyone is used to it.”

Theaters and events venues are also implementing vaccine requirements, from Broadway in New York City, to the Minnesota Orchestra and First Avenue, to the Ordway in St. Paul.

“We all have seen the announcements across the country of the performers who refuse to perform unless these kinds of standards are in place,” said Mark Nerenhausen, president and CEO of Hennepin Theatre Trust. “You’re part of a touring show, you’re going from city to city, you’re in a room with thousands of people every night, it’s a very reasonable request.”

Hennepin Theatre Trust announced its own requirement on Sept. 1. Guests who are 12 years old and up are required to show proof of vaccination when attending performances at the Orpheum, State and Pantages theaters. Guests who qualify for an exception due to religious or medical reasons will have to show proof of a negative PCR test taken within 72 hours of the event, or a negative antigen test taken within 24 hours of the event.

“It’s about public safety — safety for our customers, for our employees and for the performers,” Nerenhausen said. “The benefit, the payoff is that we can all be together again, that we have theater, that we have live music. That’s a very small price to pay for all of that.”

The new requirements will be in place until Dec. 31.

"We’ll be reviewing it because things change," he said. "We hope it doesn’t have to be in effect after that but it’s in effect until then."