Officers responding to a crash a few blocks west heard gunshots around 8:20 p.m. from the area of the Gold Star Foods parking lot. At the same time, a Shotspotter detected 23 rounds of gunfire.

Police believe three people were hit by gunfire during a series of events in the parking lot, during which additional shots were fired.

The chief said at least three guns were involved, one of which was confirmed to be semi-automatic. 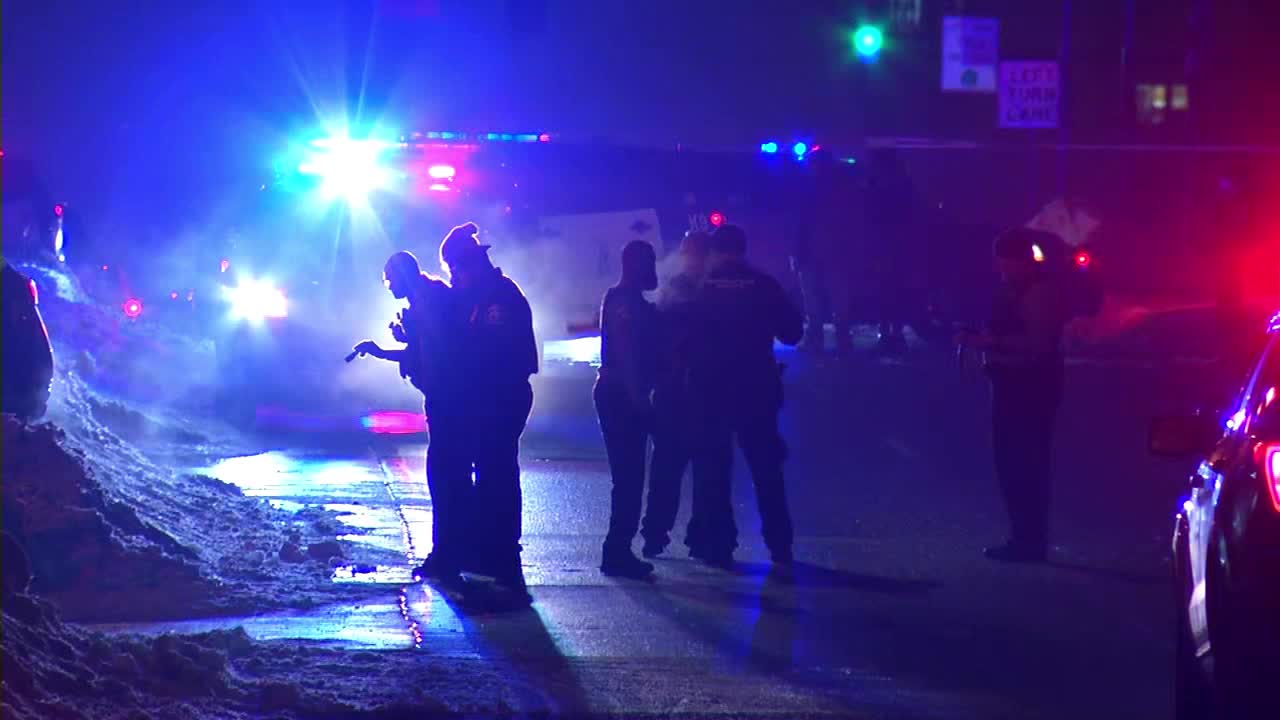 One person died at the scene of a shooting on Jan. 11, 2023 in north Minneapolis. (Erik Rognerud/KSTP)

“From what we know so far, there were at least three guns on the scene. It shows the crisis that we’re facing,” O’Hara said.

O’Hara said there may have been more than one person shooting during the incident. At least one suspect remains at large as of 10 p.m. Monday.

Check back for updates as police investigate. Find an earlier version of this report below.

INITIAL REPORT: At least one person is dead following a shooting during the 8 p.m. hour Wednesday night in north Minneapolis, according to the Minneapolis Police Department.

Check back for updates as 5 EYEWITNESS NEWS crews work to learn more from the scene near Gold Star Foods.

Minneapolis has already had several other instances of gun violence in the past week, including back-to-back four-victim shootings on Sunday and Monday.