Appeals now to be considered for 214,000 Minnesotans rejected for Frontline Worker Pay

The number of people who applied for Frontline Worker Pay far exceeded the state’s initial estimate of 667,000, but the $500 million pot of money to be divided stays the same. That means bonus payments once projected at about $750 will now likely end up around $500.

We won’t know the final number until early September after all appeals are considered from workers who had applications rejected this week. Nearly 1.2 million people applied for the bonuses, but 214,000 of those were rejected.

“The reason there is an appeals process is to try to give the applicant the ability to send back additional information for us to look over and make sure they do meet those criteria and pass them through,” says Nicole Blissenbach, temporary commissioner of the Minnesota Department of Labor and Industry.

The 214,000 rejections were based on criteria set by the Minnesota Legislature. They were rejected for one or more of the following reasons: 55,000 collected too much unemployment pay; 55,000 couldn’t have their employment verified; 43,000 earned too much money; 95,000 couldn’t have their identity verified and 47,000 submitted duplicate applications. 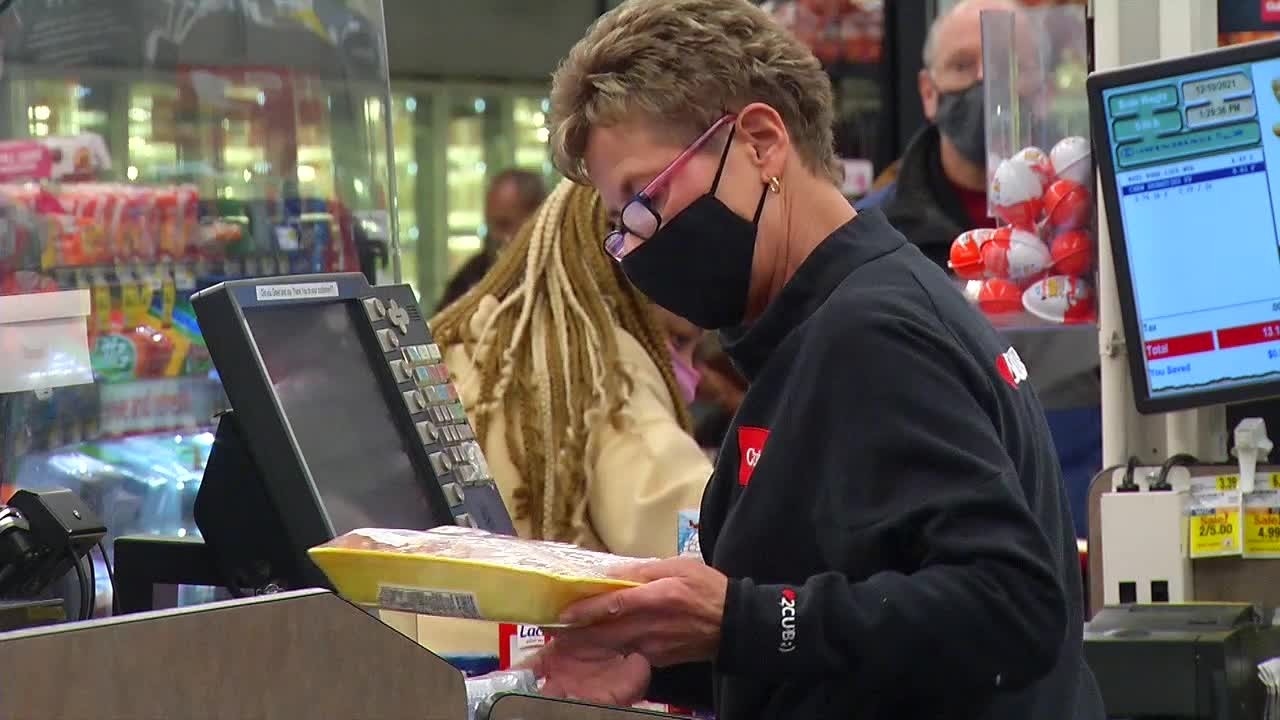 In this undated file photo, a Cub Foods cashier scans items while wearing a face mask and standing behind a plexiglass barrier. State officials say 1.2 million Minnesotans applied for Frontline Worker Pay, and 214,000 of them were rejected. (KSTP/file)

Some viewers who emailed 5 EYEWITNESS NEWS say they filed duplicate applications because of computer issues either on their end or with the state’s system. Blissenbach says those people can appeal.

“We denied all of the duplication applications,” she told 5 EYEWITNESS NEWS. “It’s part of our fraud prevention protocol to make sure we’re not sending … more than one payment out to any individual. And so it’s really on the individuals who may have done that to submit an appeal.”

Some workers were surprised to learn they were rejected even though they were in the food service industry delivering to customers through businesses like Door Dash or Instacart.

Blissenbach says the legislation was written with traditional work sectors and traditional employee-employer relationships in mind. “And that would exclude people who are independent contractors, people who are sole proprietors,” she said.

The state is making decisions on appeals as they come in. However, Blissenbach says all the decisions will be sent out at one time in early September. We won’t know until then the final number of successful applicants and the amount of the bonus payments.