The scrape of snow shovels and roar of snow blowers echoed across Englewood Avenue in St. Paul on Thursday afternoon.

“It is kind of rough right now,” says Erik Haaland, who’s lived in the neighborhood for about 10years. “It was a big storm and a wet one, and I think with the wet and the way it came and froze on top of it, it’s a mess.”

With a snow emergency declaration announced Thursday, there is a debate here about how well the city is clearing its slushy, snow-packed street.

“I think it’s horrible,” declares Matthew Hegstrom, also a 10-year resident. “I know they’ve got a lot of work, but if I were to do my job like they’re doing their job, they’d yell at me.” 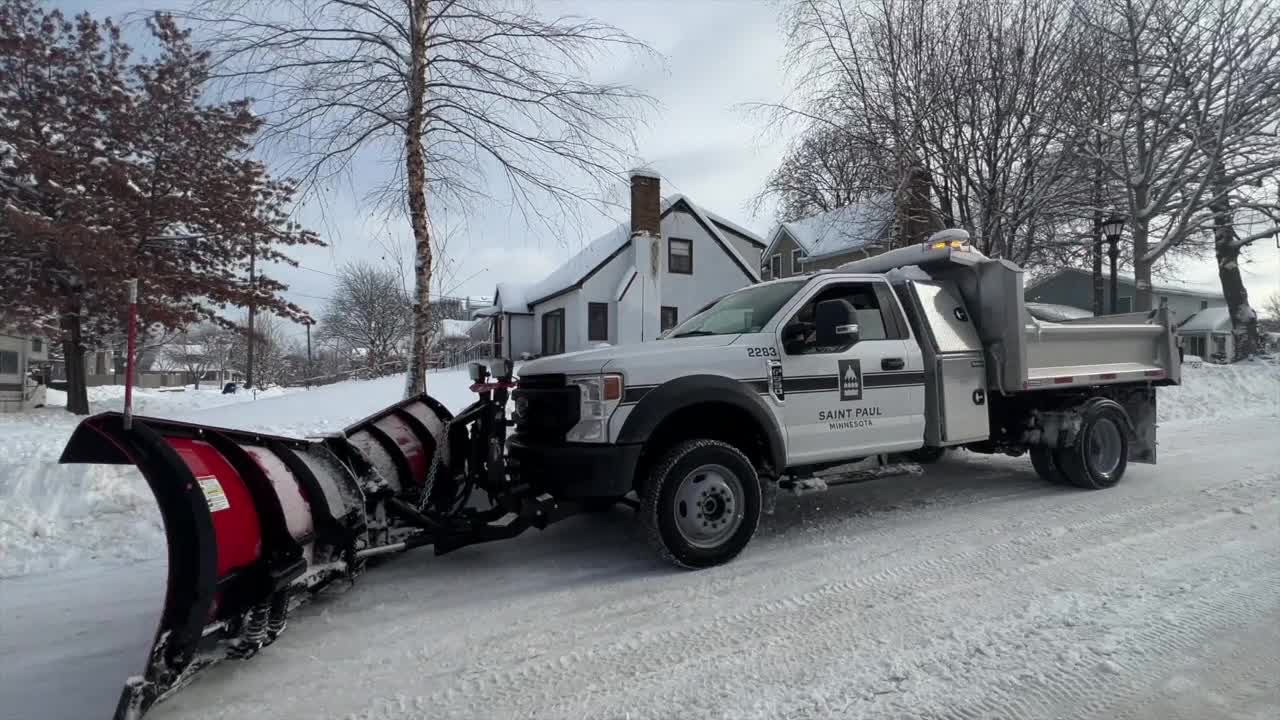 Haaland, shoveling his sidewalk, says he’s working with the situation the best he can.

“Unless we just decided to outlaw parking, which we can’t do, it’s so hard to get them clean like they can in the suburbs,” he explains. “I have sympathy for the public works folks. I know they’re trying, it’s just a big job.”

The Department of Public Works says overnight it will have 55 plow trucks hitting arterial and main streets and about half of the north-south residential streets in the city.

“The most important thing is for people to look and see if they see a night plow route sign on their street. That means we will do their side of the street,” Public Works Director Sean Kershaw says.

On Wednesday, Kershaw tweeted out an apology about the city’s plowing efforts, noting by Tuesday, about two-thirds of east-west routes had been plowed.

By that night, he announced about 85% of routes had been covered by plow crews.

We asked what he’s learned from this latest round of storms — and the department’s response.

“Any time we get the 14th-heaviest snow and any time in the year we have the third-most snow ever, what we’re going to do as much as we can to remove the snow, and then as much as we can afterwards,” Kershaw says. “New equipment will always help with that, and filling some vacant positions we have for drivers will help. But I don’t know if there’s much we would have done differently, given the volume of snow.”

But help may be on the way.

Kershaw says the DPW’s routing system for plows was developed in the 1990s.

He says the city is looking for vendors to equip plow trucks with a new guidance system.

“In the next year, we should have a system where all the routes are computerized,” Kershaw explains. “In the device, we can change routes depending on the snow, and anybody who knows how to safely operate the plow can get into the plow and do it much more efficiently,” he explains.

Kershaw says he’s hoping to get at least five pickup trucks mounted with wedge plows, to easier handle small streets. And he acknowledges his department is short by at least five drivers.

“In retrospect, we would’ve maybe looked more closely at the weather, but when we put the plan into place, they weren’t predicting the snow we got last night and today,” he says. “I think we’d look closely at staffing, but we always try to do what we can to get into the residential streets.”

Back on Englewood Avenue, residents say they hope the street-clearing situation gets better.

“It’s certainly not ideal, but we’re trying to make it work,” Haaland says.