Duluth police joined friends along with community activists at a vigil Thursday to remember Sheila St. Clair, who was reported missing seven years ago this week.

A hand-painted banner was held at the vigil that read, “Bring Her Home.”

“I was hoping in the first year it would be resolved fast, maybe in the second year,” said Shawn Carr, a friend who organizes vigils each year for his friend, St. Clair. 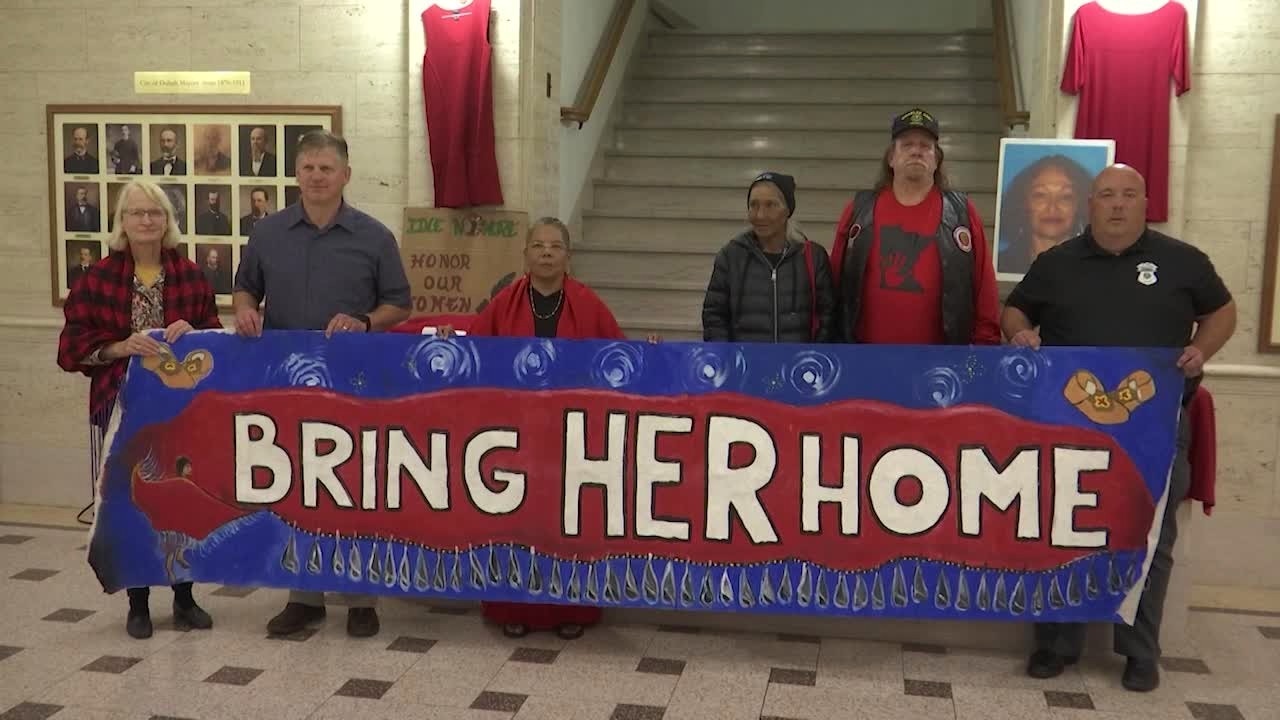 Friends and community activists hold a banner saying, "Bring Her Home" at a vigil for Sheila St. Clair on Sept. 15, 2022.

St. Clair was last seen on security camera video from a Duluth apartment complex back in 2015 that was reportedly captured before she was set to travel to the White Earth Nation.

5 EYEWITNESS NEWS asked Patrol Deputy Chief Mike Ceynowa about the status of the case on Friday.

“I would say we are close, we just need that one witness, that one piece of information to really dial this in for us,” Ceynowa said.

He’s helped oversee the investigation that has handled St. Clair’s case over the years.

“Those stick with you, you want to see resolution,” Ceynowa said.

Between 27 and 54 American Indian women and girls in Minnesota were missing in any given month from 2012 to 2020, according to a report from the Missing and Murdered Indigenous Women Task Force.

The Missing and Murdered Indigenous Relatives (MMIR) Office started earlier this year in the Office of Justice Programs inside the Minnesota Department of Public Safety.

DPS said the MMIR director has begun meeting with several of the tribal nations across the state to develop relationships and provide support and resources for impacted families.

“We’re just looking for a few pieces of the puzzle,” Carr said about his friend’s case.

Anyone with any information about St. Clair’s case can submit tips online.