There’s a new approach to patrolling the city and Minneapolis police say it’s having an impact on violent crime.

Led by the Minneapolis Office of Community Safety, it includes help from multiple other agencies, including Minneapolis police, the Hennepin County Attorney’s Office, the Hennepin County Sheriff’s Office, the Minnesota Department of Public Safety, the Bureau of Alcohol, Tobacco, Firearms and Explosives, the FBI, the U.S. Marshals Service and others.

“We will follow the data, we will use the analytics to guide us and direct us towards those targets,” Dr. Alexander said during the rollout about some of the city’s most violent criminals, adding: “We’re also going to attempt to make new cases on individuals who we know are violent offenders.” 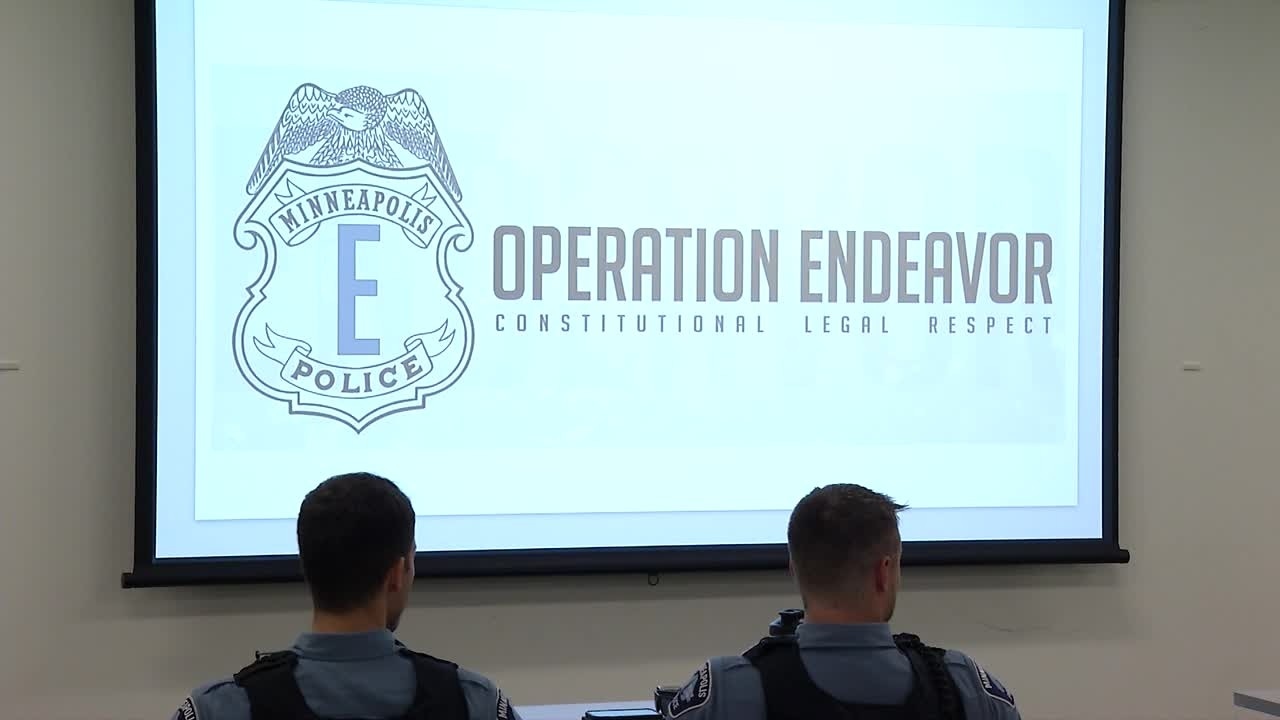 Minneapolis police officers sit in front of a projector screen with the Operation Endeavor logo during a briefing on Wednesday, Oct. 12, 2022. (KSTP)

While there are bigger focuses right now on parts of north and south Minneapolis and the downtown area, officials say they’ll go where ever the crime trends are.

Since Operation Endeavor began in mid-October, the Minneapolis Police Department says it has made 50 arrests and seized 30 firearms, 520 fentanyl pulls, 270 grams of heroin, 196 grams of cocaine and $39,500 in cash connected to crime.

When asked if those numbers wouldn’t be as high if Operation Endeavor was not underway, the department said, “Without a doubt.”

5 EYEWITNESS NEWS rode with MPD Sgt. Adam Lepinski during one of his patrols. When asked if he thinks the criminals like this operation, Lepinski said, “They do not.”

“[For] people [committing] crime, that are selling drugs, that are shooting people, that are illegally possessing guns, the whole point is to make them uncomfortable,” Lepinski added.

During our ride along, what started as a person being pulled over for recklessly driving ended in the seizure of a lot of marijuana and a high-powered gun off the street following the search of the driver’s car.

“That type of weapon can do an enormous amount of damage out here,” Lepinski said about the gun, which also had an extended magazine. “If you were to fire all those rounds, those rounds could hit anybody out here. It’s just very, very fortunate to get that gun off the streets today.”

The man who was pulled over was booked in the Hennepin County Jail on weapons and drug charges.