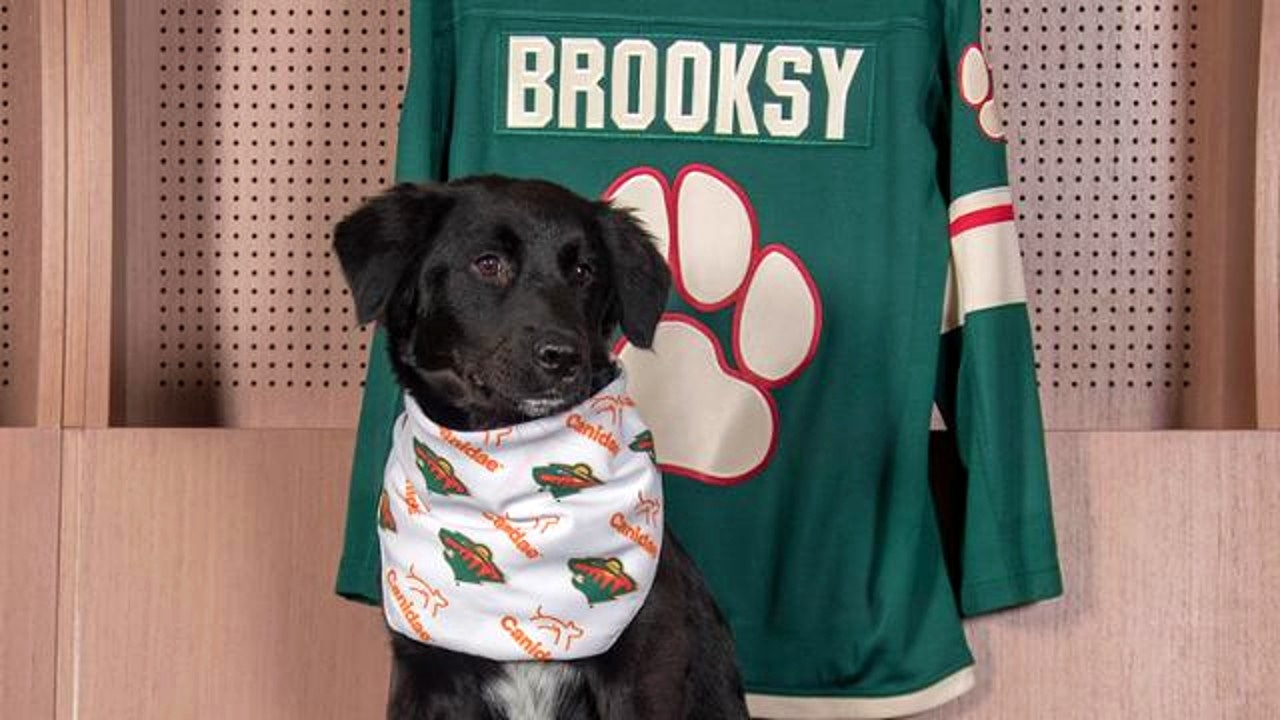 A day after saying farewell to team dog Celly, the Minnesota Wild has introduced the organization’s new pup.

Under the Wild’s Adopt-a-Dog program, the team adopted Brooksy from Coco’s Heart Dog Rescue. Brooksy will now get basic training over the next year to prepare him as a future service dog. He’ll also make appearances at Wild games and other public events.

Next summer, Brooksy will be donated to Soldier’s 6, a local nonprofit that gives honorably discharged veterans and first responders suffering from PTSD and specially trained K9.