A week after an outpouring of support from Minnesota Wild fans, the team presented a check to Children’s Minnesota.

Fans sent Wild forward Ryan Hartman $26,637.05 via Venmo last week after he was fined for “flipping the bird” at an opposing player. Hartman also contributed $4,250 — the amount he was fined — of his own money, and fans donated an additional $9,000 directly to Children’s Minnesota, bringing the donation grand total to $39,582.

Hartman tweeted that he was “overwhelmed” by the donations, and so were officials at Children’s Minnesota when Hartman said he would send all donations there.

“For Ryan to pivot in this way and make it about the kids, who are on some of the toughest health journeys, really gave us goosebumps, but then to see how the fans got behind it and rallied with him to support Children’s Minnesota’s patients and families, I mean you just … you can’t even imagine something this special happening,” Jennifer Soderholm, president of the Children’s Minnesota Foundation, said Wednesday.

Children’s Minnesota said the money will go to its urgent needs fund — which not only helps the entire system, but also puts on events such as birthday and remission parties for kids. 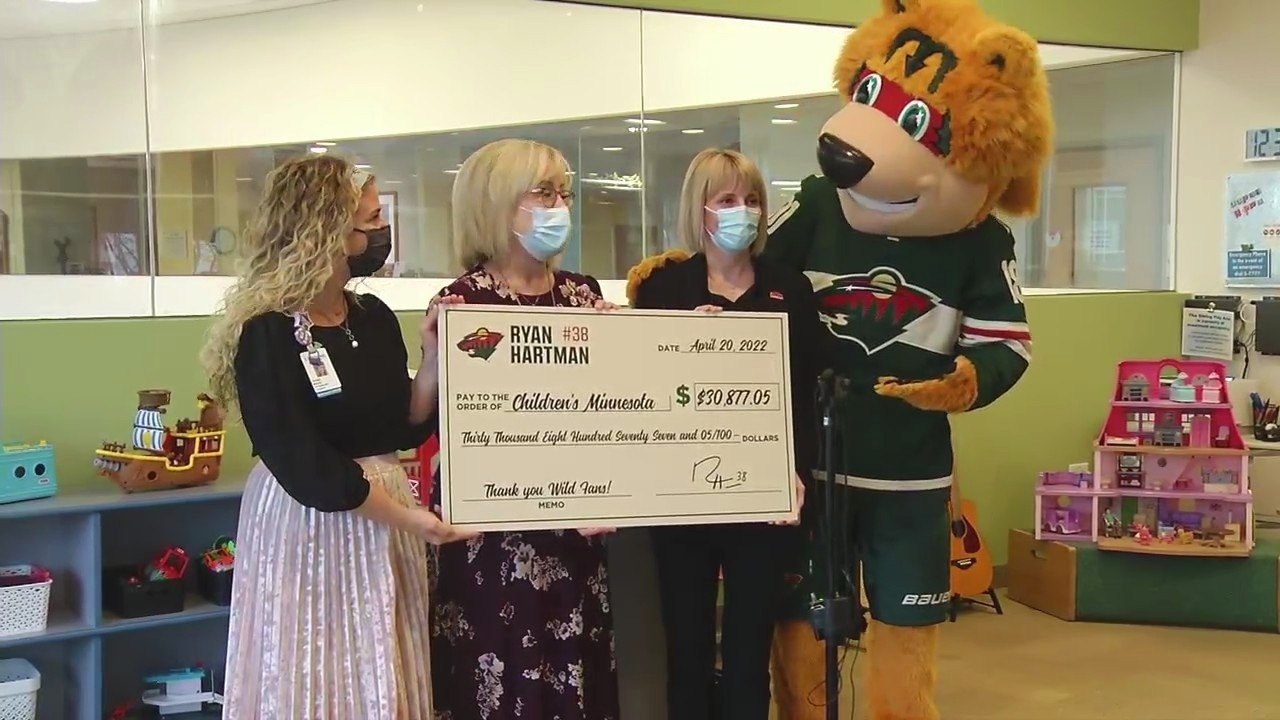 “For our patients and families who see that kind of partnership, it really brightens their days. They’re on some of the toughest journeys and for them to have the support of athletes and the Minnesota Wild, I can’t put into words what a difference it makes for them,” Soderholm said.

“This is absolutely a team effort and we are so grateful to Ryan Hartman, the Minnesota Wild and all of the fans,” Soderholm added. “This just warms all of our hearts. Thank you.”

“Twenty percent of that care occurs within our halls and walls, 80% of the care, the wellbeing for children and families, it occurs outside and it’s how we partner with the community that really matters, and this is an example, too, of partnering with the community, where they are ensuring that all can thrive when they’re facing some of the most difficult moments in a child’s life,” Soderholm said.

Donations to Children’s Minnesota can be made online by clicking here.

You can watch the full news conference in the video above.