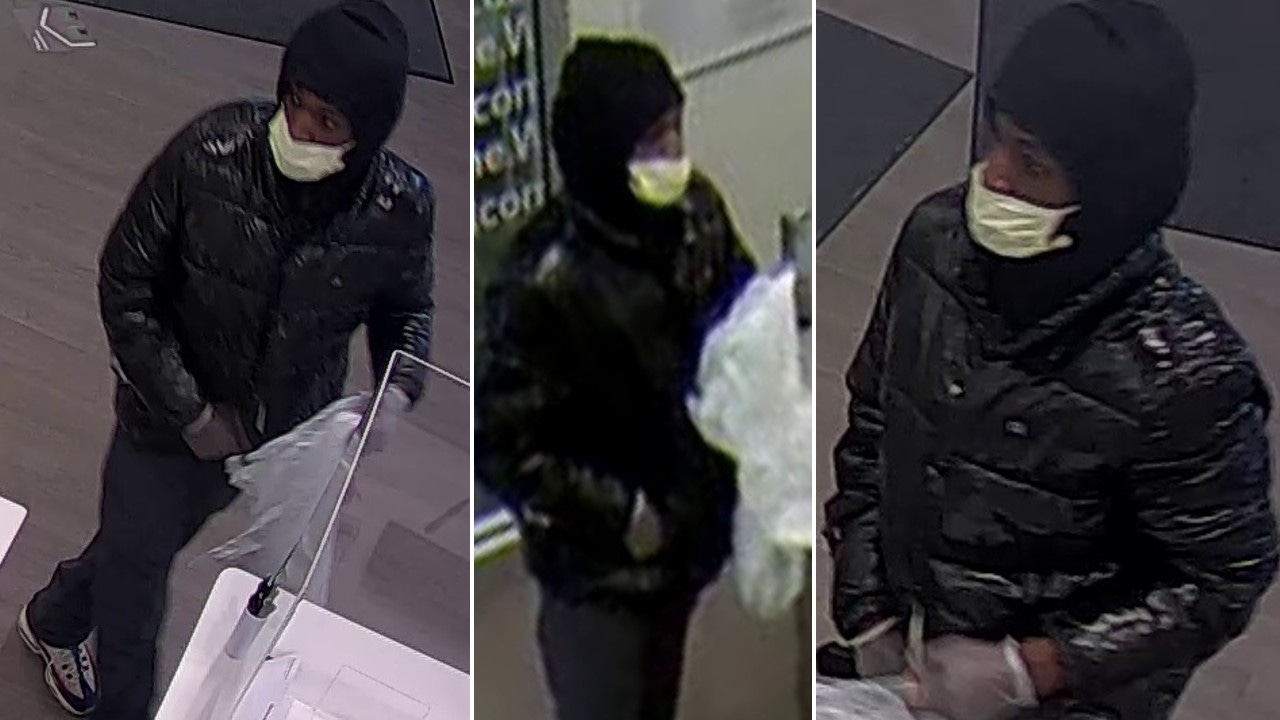 Authorities are investigating after a bank was robbed Thursday morning in Apple Valley.

Apple Valley police say it happened at around 10 a.m. at Huntington Bank just off 142nd Street West and Cedar Avenue.

According to police, a male with a handgun reportedly went into the bank, demanded money and then ordered a clerk to get cash from the safe.

Staff members went into the safe together and locked it, leaving the suspect alone in the main area while they contacted police.

The department says the suspect ran away before officers arrived. However, police have released the above pictures of him. He’s described as a thin Black male wearing a black, puffy jacket and a yellow disposable mask.

Anyone with information that could help police identify the suspect is asked to call Detective Pogatchnik at 952-953-2895.

Authorities are also investigating whether or not the robbery is related to a bank robbery in Lakeville that also took place on Thursday.