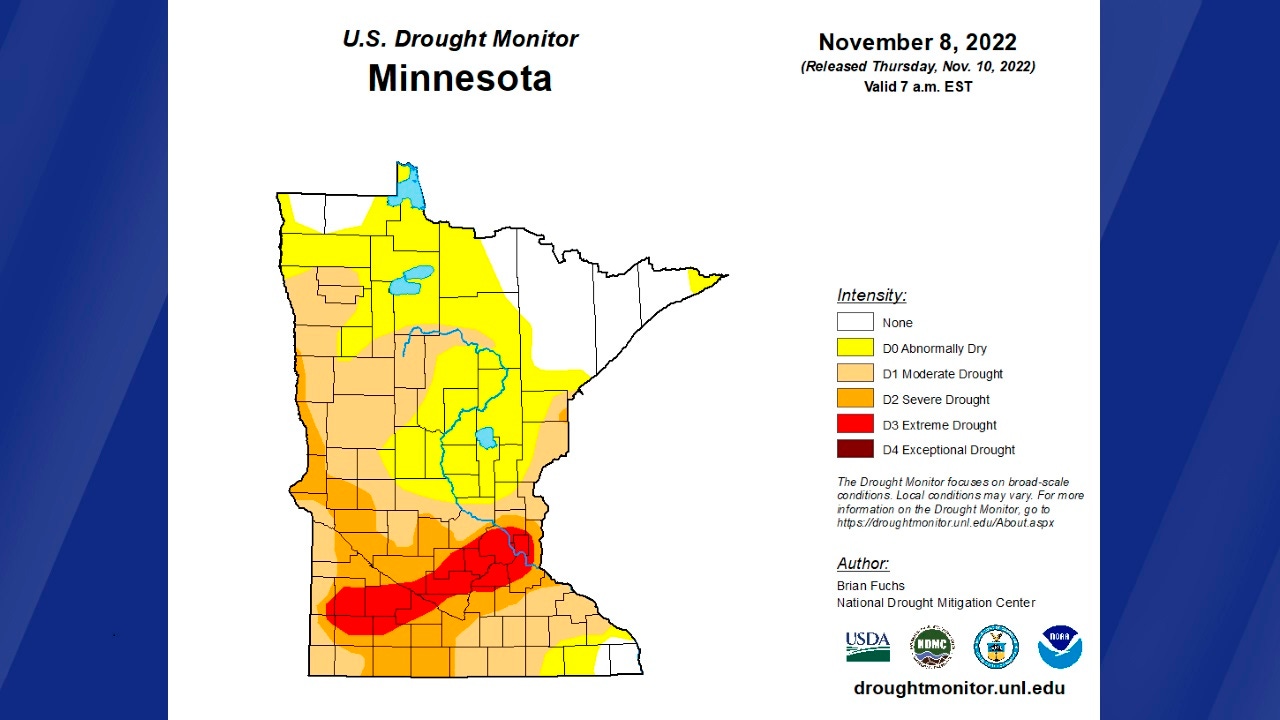 According to the new report from the U.S. Drought Monitor, conditions in the state range from no drought/”abnormally dry” to “extreme drought.”

Specifically, nearly 85% of Minnesota is experiencing conditions that are abnormally dry. Roughly 22% of the state is in a “severe drought,” compared with 20% last week, and 7% is now in extreme drought, compared with 6.5% last week.

According to the drought monitor report, dry conditions, which have been mounting since the fall season, continue to dominate the Upper Midwest.

Looking ahead, a winter storm in the next week is expected to cross the northern Plains into the upper Midwest, bringing with it significant snow.