Prior Lake High School students walked out in protest after a new racist message surfaced at the school, this time scrawled in a girls’ bathroom.

In a letter to staff and families, Principal John Bezek said administrators were notified of the hateful message Tuesday morning.

“We will not tolerate this behavior that inflicts racial harm and prevents our students from learning in a safe environment,” Bezek wrote. “These actions continue to work to divide us and it must stop. We believe everyone in our schools needs to be accountable for their words and actions.”

Just last week, the school’s girls basketball team decided to forfeit the remainder of its season because a student-athlete found a note saying, “Get off our team, monkey,” in her gym bag.

The school said it is working with an outside firm to investigate the racist messages. 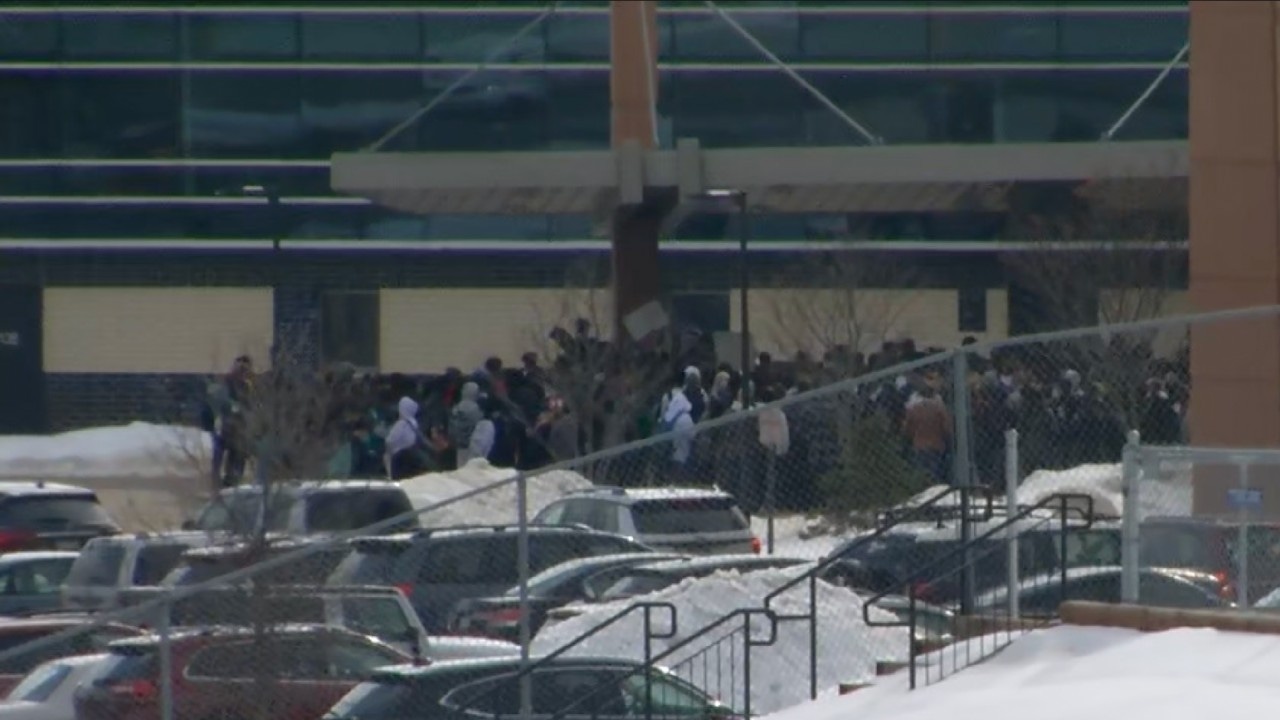 While Wednesday afternoon’s student walkout was not a school-sanctioned event, the school brought in additional police to secure the campus perimeter “to provide a safe environment for students.”