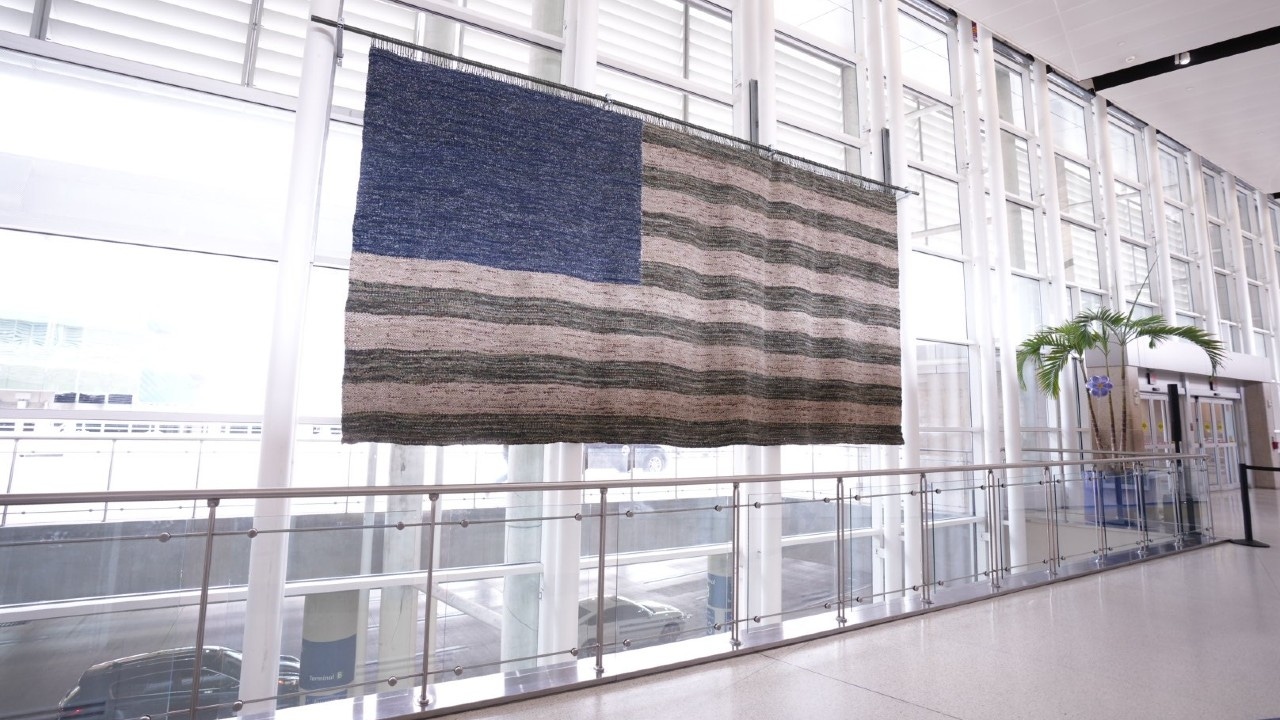 A special American flag created by a Minnesota veteran and artist to honor military members has been unveiled.

5 EYEWITNESS NEWS caught up with Stenbom, an Iraq War veteran, earlier this week.

He says it took six months and more than 1,000 hours to create the 25- by 12-foot flag, and used 100 uniforms from all six branches of the military worn in every conflict since World War I. The oldest uniform he used came from 1911 and the newest was from 2021.

While most of the uniforms were donated by USAA employees, Stenbom said a few pieces were his grandfather’s and one was his own.

Additionally, more than one mile of parachute cord was used to create the loom.