A Minnesota veteran and artist has created a special American flag.

Iraq War veteran Jeffrey Stenbom used 100 uniforms from all six branches of the military worn in every conflict since World War I to make the flag at his Wabasha studio.

“Those uniforms that they wore, they bled in, that they sweated in, they cried in, it’s hard, it’s real hard,” Stenbom said.

It took six months and more than 1,000 hours to create the 25- by 12-foot flag titled Freedom’s Threads. 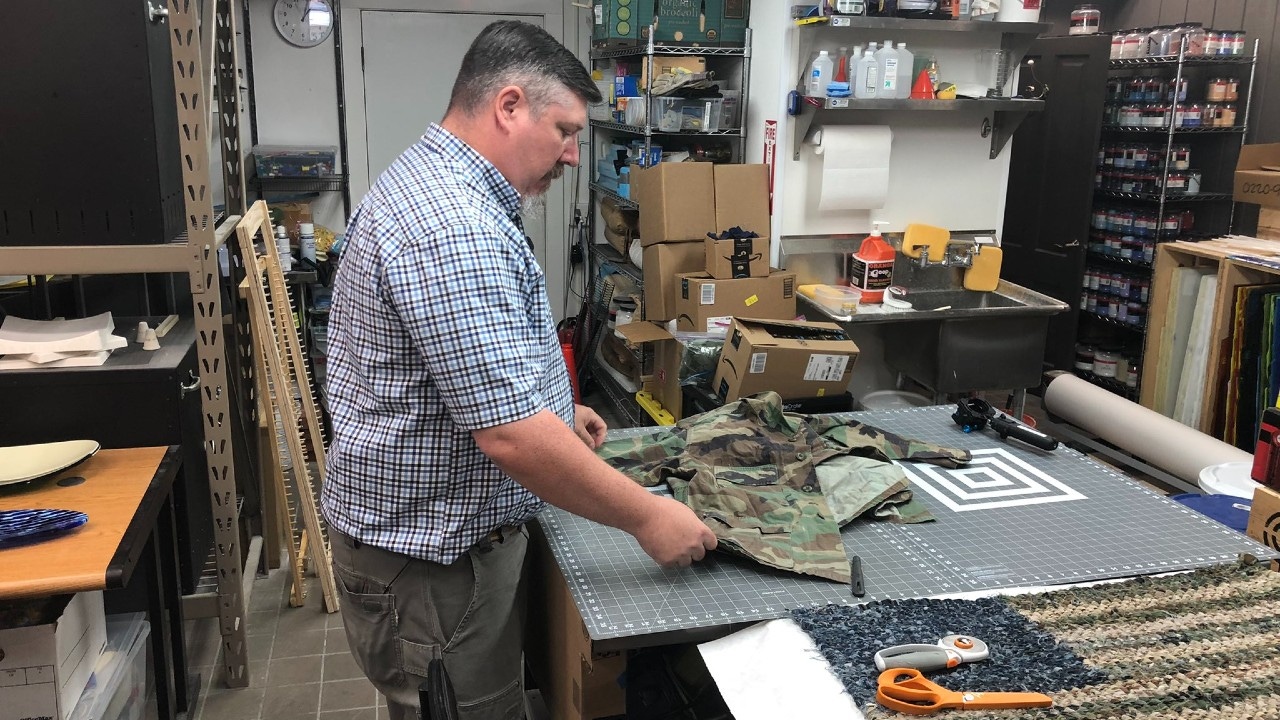 Jeffrey Stenbom works on a flag using uniforms from the branches of the U.S. military. (KSTP-TV)

Stenbom’s flag will be unveiled on Friday.

The location is being kept a secret but it will be at a major U.S. airport.