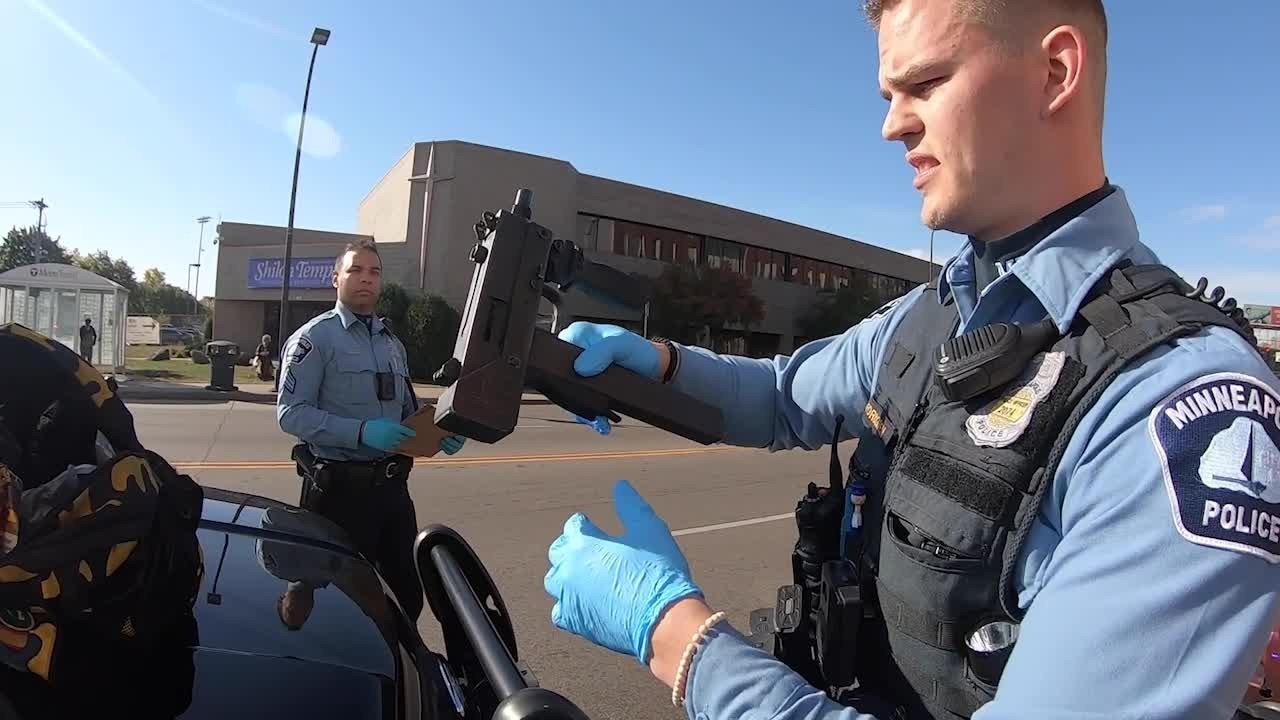 An MPD officer recovers a firearm during a traffic stop in October 2022 (KSTP).

The Minneapolis Police Department says a record number of guns were taken off the street this year — despite having fewer sworn officers compared to last year.

Violent crimes in Minneapolis decreased significantly since last year — with robberies and carjackings down nearly 19%.

Homicides dropped by 17% and gunshot victims decreased 17% across the city.

The biggest drops were in the north side and southeast of Minneapolis.