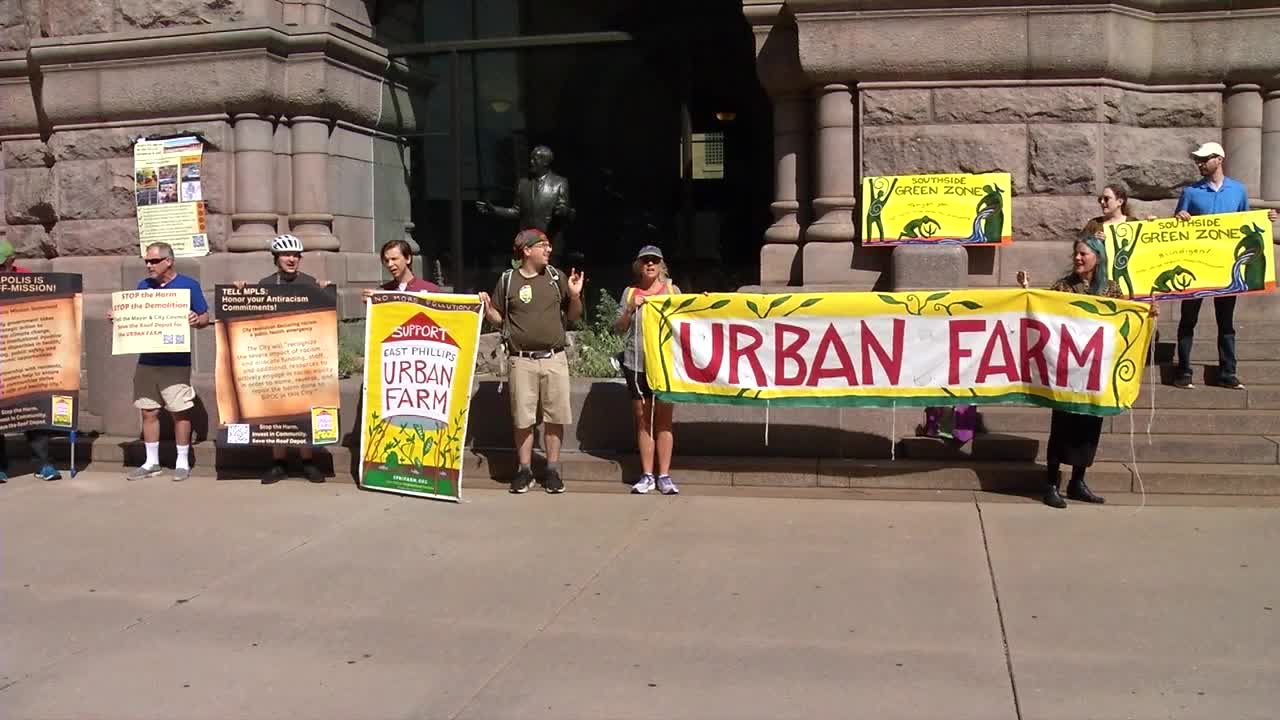 Protestors wanted the Minneapolis City Council to save the Roof Depot building in order to turn it into an urban garden (KSTP).

Protestors interrupted a Minneapolis City Council meeting Wednesday ahead of a vote to demolish the Roof Depot in the East Phillips neighborhood.

Many held signs and chanted ahead of the vote, causing some council members to stand up and walk away.

The morning meeting was dismissed before council members met again in the afternoon, but protestors interrupted that meeting as well.

Some community members said they wanted the city council to save the building so they could build an urban farm.

The council voted to demolish the building with a final tally of 7-4.

The city hopes to use the space at the corner of 28th Street East and Longfellow Avenue to expand its water and sewer maintenance facilities.