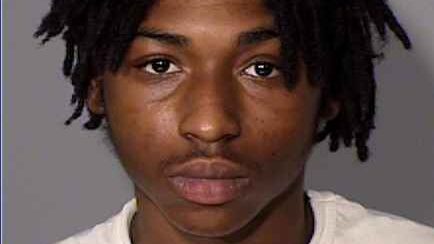 A 19-year-old man was sentenced to six years in prison on Monday for shooting at a group of people outside a St. Paul deli in October, injuring four people.

Court records show Marcellus Dante Mitchell of St. Paul pleaded guilty to one count of first-degree assault on Nov. 29. Two other counts of second-degree assault were dismissed as part of the plea deal.

A judge sentenced Mitchell to a 74-month sentence at Minnesota Correctional Facility-St. Cloud; he was given credit for 195 days served.

A criminal complaint states on Oct. 5, Mitchell fired nine rounds at a group of people who had gathered outside Thomas Deli at North Milton Street and Thomas Avenue West.

The four victims who were shot all survived. However, one woman had to spend over a week at Regions Hospital because she was shot in the head and a bullet was lodged behind her eye. She underwent eye surgery and suffered permanent nerve and vision damage, the complaint states.

When police arrested Mitchell, he told officers he shot at the group as payback for a prior shooting against him and his sister. He had a “feeling” two people in the group were those who had shot at him in August.