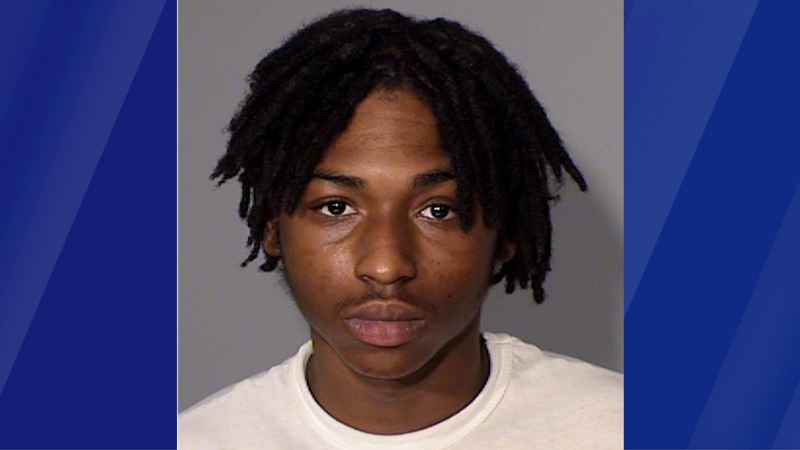 After allegedly shooting at a group of people outside of a deli in October, an 18-year-old has been arrested.

Marcellus Mitchell has been charged with one count of first-degree assault and two counts of second-degree assault after firing nine rounds at a group of people just after 1 p.m. on Oct. 5, court filings show.

According to a criminal complaint, St. Paul police officers responded to reports of shots fired at the intersection of North Milton Street and Thomas Avenue West. There, they found multiple victims and nine 9mm shell casings.

An investigation revealed that after walking out of the Thomas Deli, Mitchell seemed to have spied on a group of four people gathered in and around a Chevrolet Traverse on Milton facing north, the complaint states. He then got in a Chevrolet Tahoe parked across the street from the group, drove south on Milton into an alley toward Thomas Avenue.

Mitchell, recorded on surveillance video, then got out of the Tahoe, walked into the street, took a "shooting stance" and fired multiple rounds toward the Traverse and group, court filings say.

One man was grazed by a bullet to the leg and refused medical treatment. A second man was shot multiple times in the legs and was taken to Regions Hospital, the complaint states. A third man had a "gaping bullet wound" to his right calf and another bullet lodged in his left leg; he was standing at the window of the Chevy.

The woman who was in the passenger seat of the Chevy suffered a bullet wound to her head and spent the next eight days at Regions Hospital — a bullet was lodged behind her eye. She had surgery on Nov. 2 during which most of the bullet was removed. However, she has permanent vision and nerve damage, the complaint says.

Law enforcement impounded the Traverse, which had a flat tire, multiple bullet holes and blood in the front passenger’s seat.

By gathering video from inside the deli and residential clips, police were able to identify Mitchell, according to the complaint. The day before the shooting, St. Paul police had stopped Mitchell in the same Tahoe.

Officers put out a pickup and hold, but couldn’t find Mitchell, records show.

On Nov. 1, officers used a Facebook tracking warrant to find Mitchell’s whereabouts; on Nov. 4, they executed a search warrant on his mother’s home on Sherburne Avenue. They found the Tahoe in the garage and the clothing Mitchell had worn on the day of the shooting in a trash bag inside the house, the complaint says.

On Wednesday, Mitchell was taken into custody. He told police that he was retaliating for an alleged shooting against him and his sister in August — he had "a feeling" that one of the group was the same man who’d shot at him. He also thought the woman had shot at him in August, too, when told she suffered serious injuries.