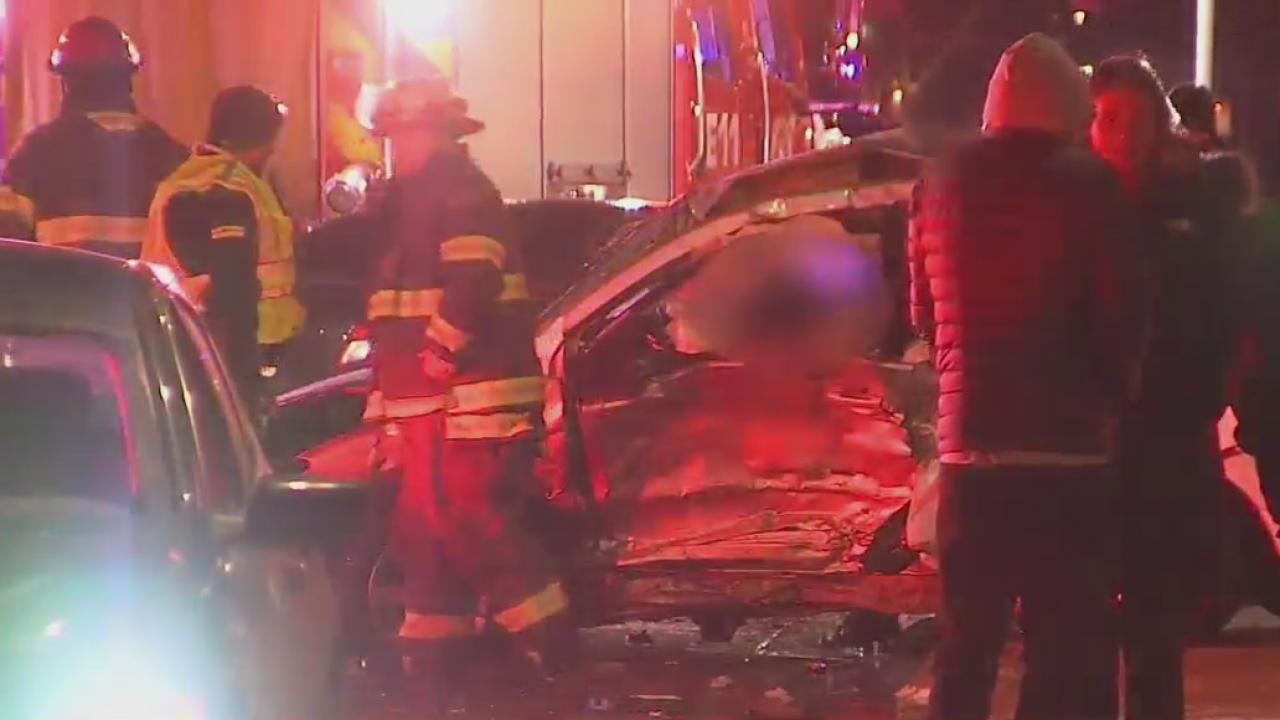 A man is now wanted in connection to a crash that killed a woman in Dinkytown last month.

The crash happened shortly after 2 a.m. on Nov. 18 at the intersection of University and 10th avenues southeast. When police got to the scene, they found 24-year-old Ebony Allaya Miller, from Rochester, trapped in her car. She had to be extricated and died at the scene.

Thursday, the driver of the other vehicle — 25-year-old Kenneth Damon Spencer, Jr. — was charged via warrant with two counts of criminal vehicular homicide for driving while impaired and in a grossly negligent manner.

According to a criminal complaint, Spencer was driving nearly 75 mph and ran a red light when he hit Miller’s vehicle, which had pulled into the intersection during a green light. The speed limit in the area is 30 mph.

At the scene, Spencer allegedly admitted that he was drinking alcohol and smoking marijuana before driving, according to court records. A blood draw later showed his alcohol concentration was almost twice the legal limit to drive.

Additionally, court documents note that Spencer had a prior impaired driving conviction, and his license was revoked at the time of the crash.

As of Thursday afternoon, Spencer was not in custody.