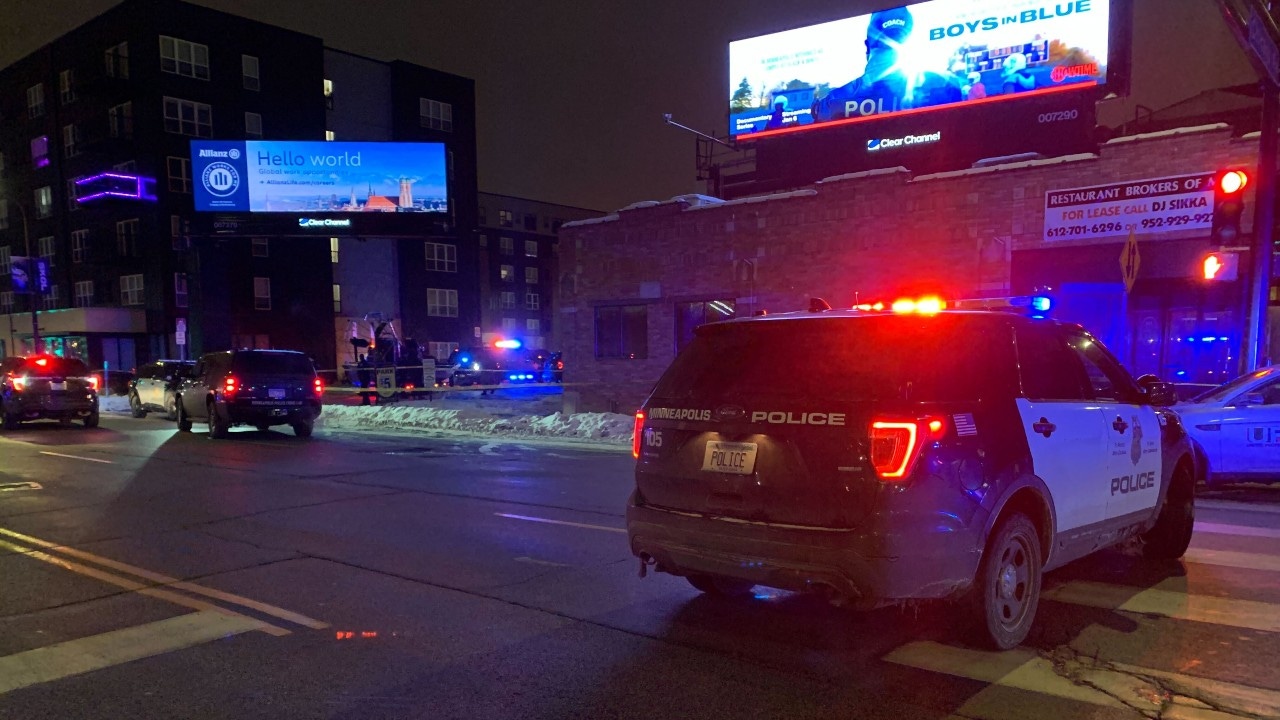 Minneapolis police investigate the scene of a homicide Friday, Dec. 30, 2022, at the intersection of Sixth Street and Chicago Avenue. (KSTP/Jon Murphy)

A shooting that killed a man near U.S. Bank Stadium in Minneapolis last week happened during a drug deal, according to the man accused of the killing.

According to Minneapolis police, officers responded to a parking lot near the corner of South Sixth Street and Chicago Avenue on a report of shooting at around 9 p.m. on Dec. 30. There, officers found Ellis with several apparent gunshot wounds in a white Dodge Charger. He died at the scene.

Court documents state that officers found several $100 bills on the front passenger seat of the car as well as a gun between the driver’s seat and center console. Additionally, officers found five discharged .40-caliber casings in the parking lot.

Witnesses provided officers with a description of the suspected shooter, and officers then saw a man matching that description leaving a nearby apartment building, a criminal complaint states. That man was identified as Haji-Mohamed, who admitted he was the registered owner of the Charger.

In an interview with police, Haji-Mohamed offered multiple versions of what happened before eventually saying he was buying drugs from Ellis, the complaint states. He added that Ellis ordered him out of the car at gunpoint and started driving away in the car so he fired several shots at Ellis.

Haji-Mohamed said he then changed clothes and gave them and the gun he used to a friend. The complaint states officers later recovered those items from a car in the apartment building’s garage.

The complaint also notes that Haji-Mohamed was on conditional release with an ankle bracelet in connection to murder charges out of Clay County. Those charges stem from a Sept. 10, 2021, shooting in Moorhead that killed 32-year-old Abdi Abdi.

Charges from that incident state that as Haji-Mohamed left a Casey’s store, he encountered Abdi sitting in a car outside the store and briefly chatted with people in Abdi’s car. Then, when Abdi drove away, Haji-Mohamed’s vehicle followed. When the vehicle stopped and Abdi was smoking a cigarette, Haji-Mohamed allegedly chased and started shooting at him. When Abdi fell to the ground, Haji-Mohamed fired five shots at him, point blank, the complaint states.

His conditional bail in that case was set at $1.75 million and required him to forfeit his passport, wear the ankle bracelet and make all future court appearances. His next hearing in that case is set for Jan. 31.

He’s scheduled to make his first court appearance in Hennepin County on Thursday afternoon. If convicted, he could face up to 40 years in jail.