After month of treatment, 6 poisoned eagles released back to wild

A month after a dozen eagles were found sick from suspected poisoning in Dakota County, officials are starting to release the rehabilitated birds back to the wild.

The University of Minnesota Raptor Center has been busy caring for the eagles, who were admitted with suspected euthanasia solution poisoning in the first week of December. The U.S. Fish and Wildlife Service confirms an investigation into that is ongoing.

Of the 10 that survived, the center says all have made steady improvements.

At the end of last week, Raptor Center officials ended 2022 by reaching a milestone, releasing the first of the 10 eagles back to the wild. 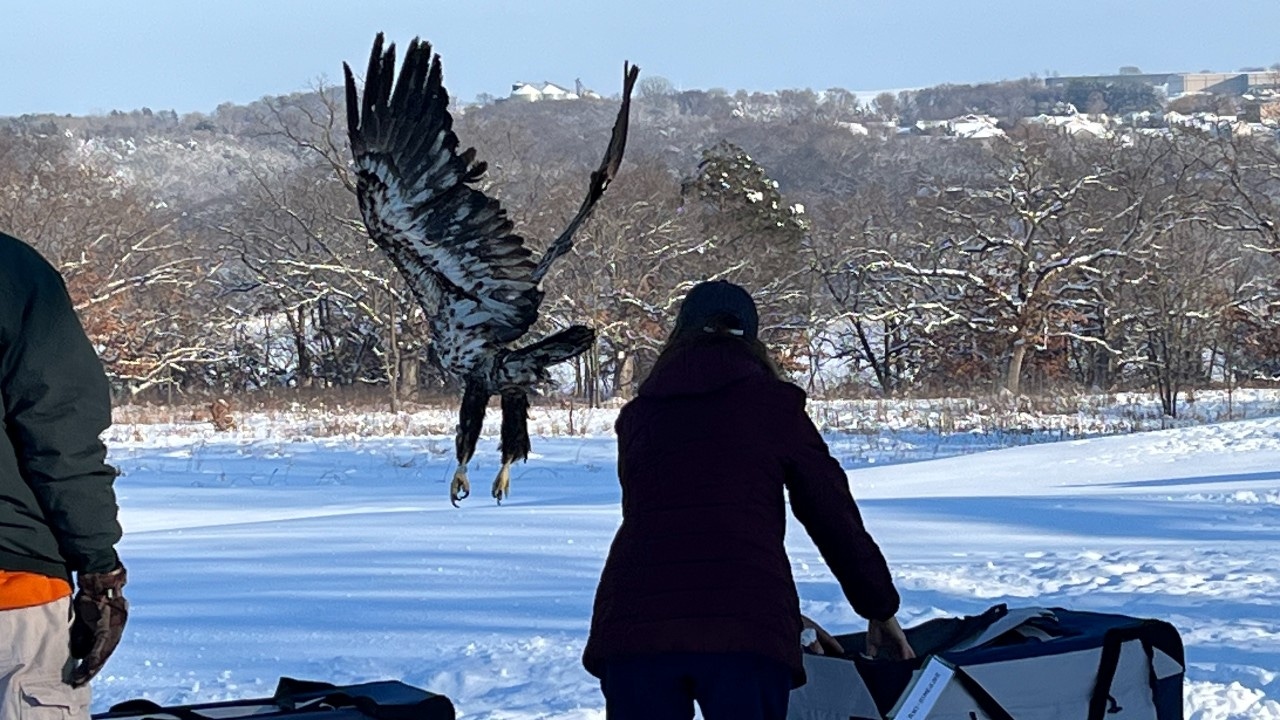 Raptor Center officials release an eagle back to the wild on Jan. 6, 2023. (Eric Chaloux/KSTP-TV)

“Nothing says ‘hope’ quite like an eagle set free,” the Raptor Center posted on social media. “It’s a happy ending for this lucky bird and exactly how we hoped to close the book on 2022.”

“These birds were so incredibly sick when they came in, the fact we were able to get this big group of them to fully recover and be ready to go is immensely rewarding and exciting,” Dr. Dana Franzen-Klein, the medical director at the Raptor Center, said.

Before the eagles were released, they had to pass a series of medical checks, which happened Friday morning. One of the final steps requires the eagles to pass a test flight.

“Which is one of the best things, we put them on a line, we take them outside and let them fly to end of the line we see how strong they are, their stamina, their endurance, and these birds have sailed through their test flights that we are releasing today,” Dr. Victoria Hall, executive director of the Raptor Center, said.

Friday’s release brought joy to those who helped save the eagles’ lives.

“To see these birds feeling good and go into the ecosystem, and do what they are meant to do, is why we do what we do,” Franzen-Klein said.

Raptor Center officials say they hope the remaining three eagles will soon be released back to the wild, too.