The University of Minnesota Raptor Center has been busy since Sunday night caring for nearly a dozen sick eagles that were found sick in Dakota County.

“We have never seen that many eagles in one event here,” said Dr. Victoria Hall, executive director of the Raptor Center. “We’re here to respond when the wild birds need us.”

The first eagle arrived at the center on Sunday night, according to staff, after an Inver Grove Heights police officer discovered a cold and unresponsive young raptor.

On Monday, the Raptor Center received another call of a similar sick raptor in need of medical attention in Dakota County.

“When our volunteer went out there, she found not one or two but nine different eagles that were in need of help, so our volunteers scavenged the area and got these nine eagles in for care,” Hall said. 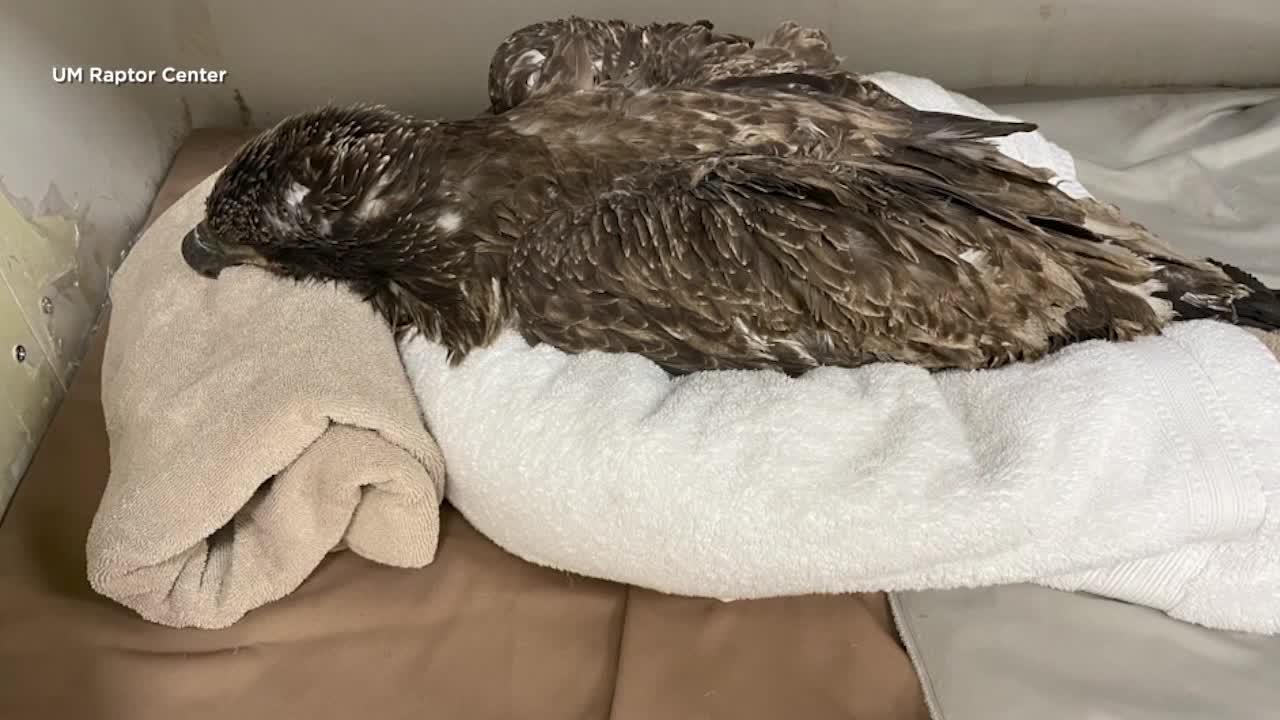 A poisoned eagle receives care at the University of Minnesota Raptor Center. (Courtesy of U of M Raptor Center)

In total, 11 eagles were brought in for intensive care earlier this week. One eagle brought to the Raptor Center did not survive; the Minnesota Department of Natural Resources said two others were found dead.

The Raptor Center said the eagles are believed to have eaten carcasses of animals that had been euthanized and disposed of at Pine Bend Landfill in Inver Grove Heights, leading to the poisoning.

“We see this kind of toxicity across the U.S.,” Hall said. “It’s not extremely common, but it is seen.”

5 EYEWITNESS NEWS has learned that authorities from the Minnesota DNR, Minnesota Pollution Control Agency and the U.S. Fish and Wildlife Service have been consulted in the investigation.

“The Minnesota DNR takes this loss of protected species very seriously and we are working with our state and federal partners to jointly investigate how this happened and what actions may be needed moving forward,” the agency said in a statement. “We appreciate [the Raptor Center’s] prompt notification to us and their action to treat the injured birds.”

Raptor Center staff are hopeful the eagles will recover and then can be released back into nature.

“With this kind of poisoning, we get optimistic about our ability to get them back out into the wild,” Hall said.