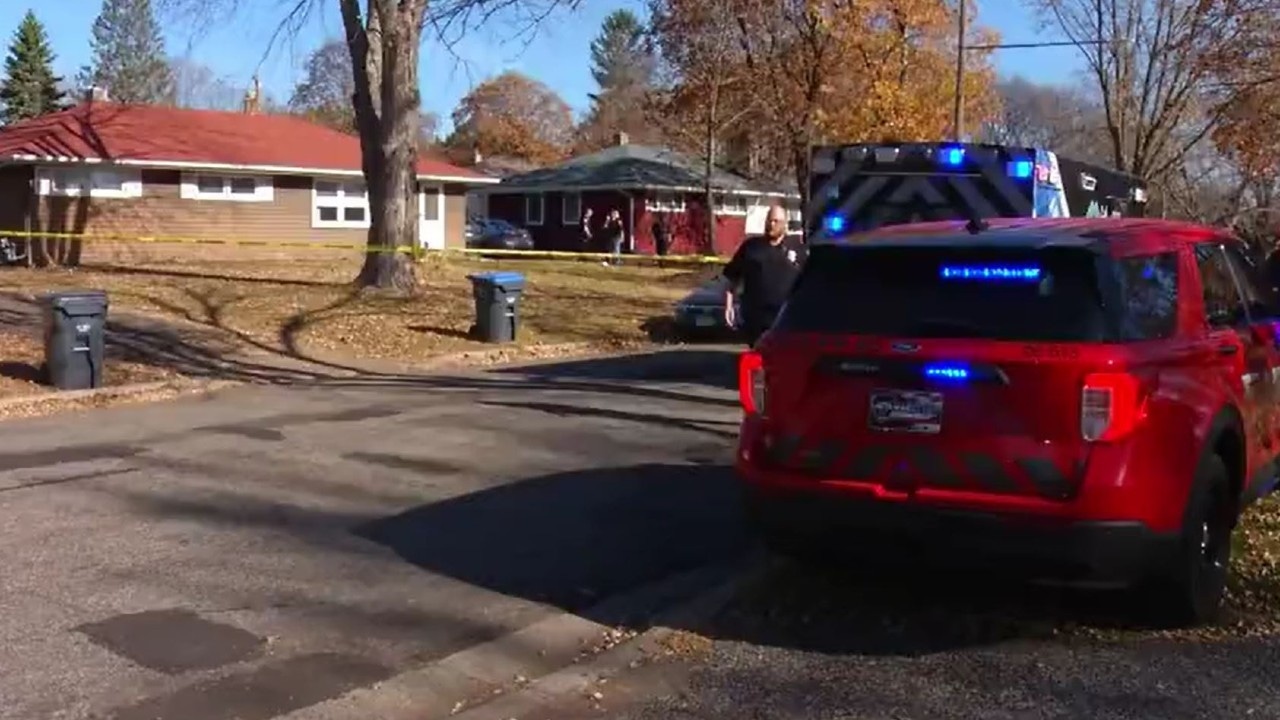 Police at the scene of an investigation in North St. Paul on the afternoon of Tuesday, Nov. 1, 2022. Credit: Mark Garvey/KSTP

A second person has died after a shooting and stabbings in North St. Paul Tuesday afternoon.

North St. Paul police said officers were called to the 2300 block of Shoshone Road at 12:38 p.m. on a report of an assault. There, officers from several agencies found a man and woman suffering from stab wounds and another man with a gunshot wound.

All three, in critical condition, were taken to a hospital and the man with a gunshot wound died a short time later.

North St. Paul Police Chief Phil Baebenroth says five adults were inside the home at the time of the incident and all are believed to be family members. While the investigation remains active, police currently suspect the man who died at the hospital stabbed the other two victims before another person in the home shot the man to stop him from harming anyone else.

“This case is still a very active investigation. All involved weapons have been recovered at the scene and we are not looking for any additional suspects at this time,” Baebenroth said in a statement Wednesday.

“I am saddened by the loss of life and our prayers are with the survivors and family members involved in this incident,” he added.

The reason for the attack is still under investigation, and the names of those involved aren’t yet being released.

Police add that there isn’t any ongoing threat to the public.