2 charged with attempted murder of an officer in September pursuit 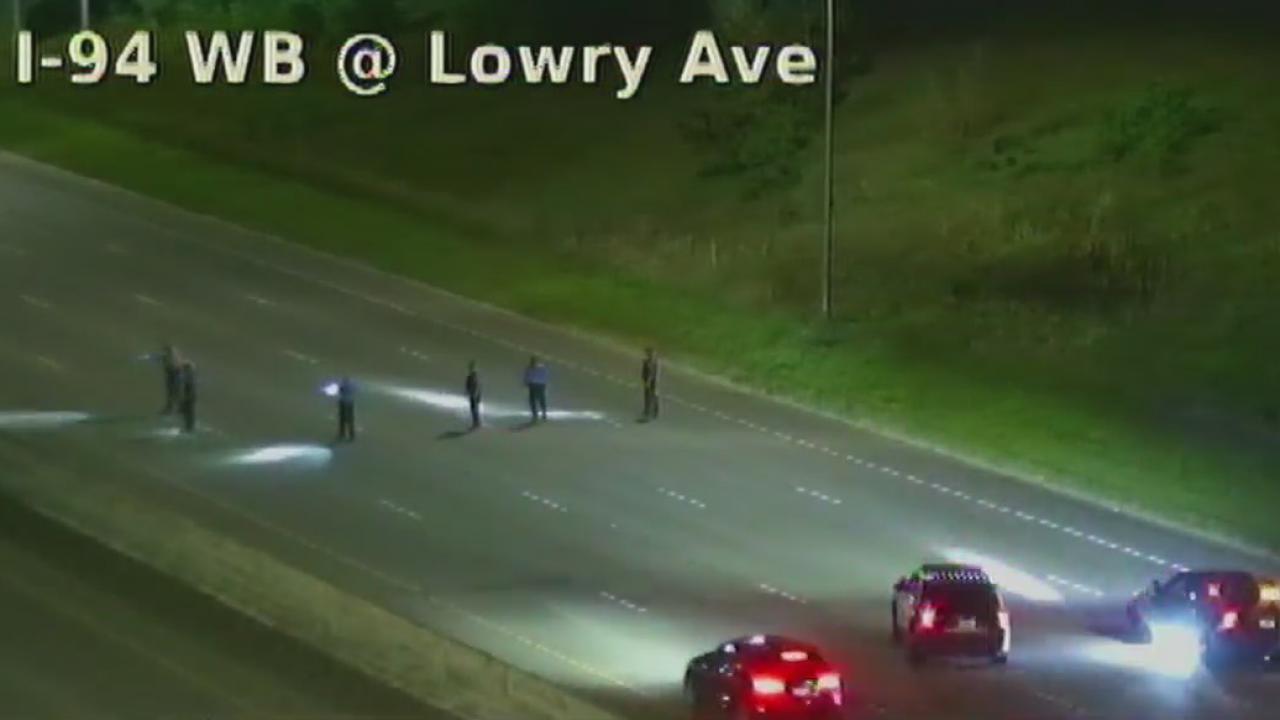 Police investigating incident on I-94

Two men have been charged with trying to kill a police officer during a pursuit that started in Brooklyn Center in September.

RELATED: Suspect shoots at deputy during pursuit on I-94 in Minneapolis

It started at around 2:30 a.m. on Sept. 15 when Brooklyn Center police and Hennepin County deputies responded to a reported burglary at an apartment near 57th Avenue and Emerson Avenue North. There, a resident said three people had entered his apartment and stole cash and items from him.

Court documents state the man identified two of the suspects as Collins and Davenport.

As officers arrived, they learned that the suspects were leaving in a white Ford Fusion. A deputy saw a car matching that description driving fast and abruptly turn south. According to the criminal complaint, the deputy started following the car, which sped through multiple stop signs, and the deputy then activated his squad’s lights and started a pursuit.

As the pursuit continued, the officer reported hearing multiple gunshots, and the suspect then fled onto Lyndale Avenue and then got onto Interstate 94 East.

The complaint states that, as they approached Lowry Avenue, the deputy heard another burst of gunfire and a bullet then hit the middle of his squad’s windshield, sending glass into his squad. The deputy then stopped the pursuit to ensure his K9 partner wasn’t injured. Fortunately, no injuries were reported but officers weren’t able to find the Fusion again.

Investigators later found a 9 mm bullet under the deputy’s driver’s seat, too, in addition to five discharged .45-caliber casings where the deputy first heard gunfire and 19 discharged 9 mm casings near the second area he heard gunfire.

Court documents state that investigators were later able to use surveillance footage and cellphone location data to determine Collins and Davenport were in the corresponding areas during the burglary and pursuit.

Davenport was arrested the next day as he left his girlfriend’s home. Police also found the Fusion abandoned near South High School the following day, and a discharged .45-caliber casing was found inside, as was Davenport’s DNA.

Collins was arrested a week later as he left his girlfriend’s apartment, and a search warrant was later executed at his apartment and revealed some of the items that were taken during the burglary.

Collins and Davenport are both scheduled to make their first court appearances Thursday afternoon.