State’s unemployment rate drops to 2%, wages not keeping up with inflation rate

Minnesota’s already-low unemployment rate has dropped even more, according to a new report from the Minnesota Department of Employment and Economic Development (DEED).

DEED reported Thursday that the unemployment rate fell two-tenths of a point from 2.2% in April to 2% in May, continuing the trend of a record low rate in recent months.

Nationally, the unemployment rate remained the same at 3.6%, while the national labor force participation rate rose a tenth of a point to 62.3%.

The state’s labor participation rate rose from 68.3% to 68.4%, DEED reported. The state has now also gained jobs for eight months in a row, gaining 6,600 state jobs in May, while the private sector added 7,500.

Gains, specifically, were in the construction, manufacturing, professional and business services, and educational and health services sectors. However, losses were reported in the leisure and hospitality, government and retail trade sectors. 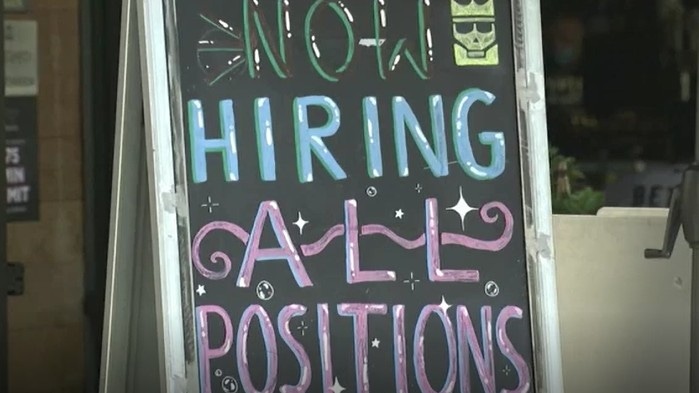 “We’re still down more than 75,000 people in our labor force since before the pandemic,” Grove said in a statement. “That’s why we’ve launched our ‘Summer of Jobs’ campaign to highlight the many opportunities in the job market and to help employers find workers in labor pools they may have previously overlooked.”

When the weather heats up, the work doesn’t slow down Sabre Plumbing, Heating & Air Conditioning in Plymouth.

Weber explained finding extra hands to do the work has been a challenge. She said they’ve increased wages and teamed up with The Building Talent Foundation to get more people to join the team. The recruiting company set up a job fair on June 29 in hopes to bring job candidates on board.

Economists said a big part of the problem is the labor market because there are more open jobs than job seekers.

Meanwhile, DEED reports wages are not currently keeping up with the rate of inflation. Citing a report from the U.S. Bureau of Labor Statistics, DEED reports the Twin Cities saw a Consumer Price Index increase of 8.7% over May last year.

Wednesday, the Federal Reserve intensified its fight against high inflation, raising its key interest rate by three-quarters of a point — the largest bump since 1994 — and signaling more rate hikes ahead as it tries to cool off the U.S. economy without causing a recession.