When dozens of overdoses around the country were linked to a black market drug operation run out of a Twin Cities apartment back in 2016, the evidence slowly revealed a tragic theme and foreshadowed the next chapter in the opioid epidemic that continues to devastate families across the state.

Investigators say dozens of victims had been duped into ingesting the deadly synthetic drug known as fentanyl.

Eleven people died — including a nurse from Pennsylvania, a college student from Wisconsin and a professor from the University of Minnesota who was found in his campus office.

More than five years later, the man suspected of shipping the potent drug from his apartment in Hopkins is finally heading to trial and his case could be followed by dozens of others. In 2021 alone, federal agents have opened more fentanyl-related investigations than in the previous five years combined.

Fentanyl is now widely considered the most dangerous drug on the streets that is regularly found in toxicology reports or in counterfeit pills. 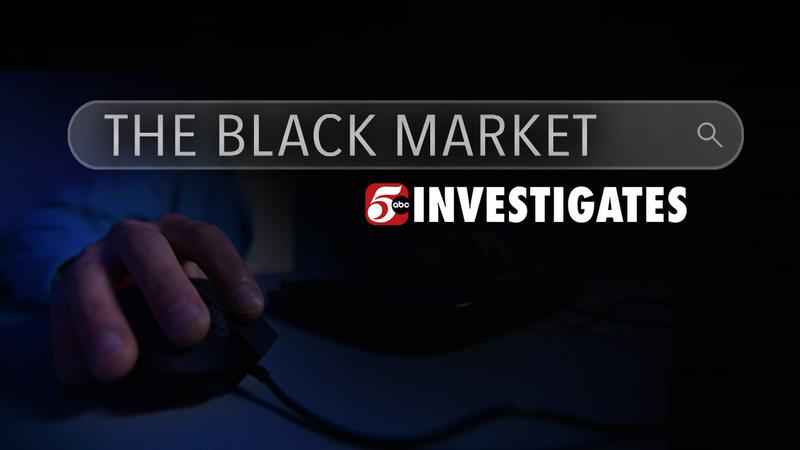 But in 2016, the widespread impact of fentanyl had not yet come into focus.

“It’s a way to quick money and it has dire consequences,” said Kyle Loven, a former FBI agent with extensive experience in online crimes and the dark web.

Investigators say Aaron Broussard’s operation was an early indicator of the dangers lurking on the black market — when customers don’t exactly know the content or quality of what they’re receiving.

In his case, investigators say evidence and witness statements show that all the victims had purchased substances or other supplements from a hastily created website called PlantFoodUSA.net.

They received fentanyl instead.

Inside Broussard’s apartment, investigators say he “obtained a wide-variety of illicit drugs” from China and then repackaged them to “sell them to his many customers throughout the United States.”

In court records, Broussard claims he never actually ordered fentanyl from his supplier in China and didn’t know that’s what he received. But investigators say he kept re-packing and sending it in the mail even after learning people like Devon Masik had died.

“I had no idea that it was that easy”

Masik overdosed shortly after moving from Racine, Wisconsin to Southern California where she enrolled in college courses and quickly fell in love with the sandy beaches.

But soon after starting her new life away from the Midwest, Masik stumbled into a new world: a black market for drugs online.

According to investigators, Masik and her boyfriend placed an order in April 2016 from Broussard’s now-defunct website.

“I know that she dabbled in Xanax and Adderall, so I think that’s what she probably wanted,” Nicole SanSouci, Masik’s mother, said in an interview inside her home in San Clemente, California last month.

While it’s unclear exactly what Masik thought she was taking, investigators say it contained a lethal dose of fentanyl. She likely died within minutes. Her boyfriend, who also ingested the substance, suffered serious injuries but survived the overdose.

“I had no idea that it was that easy,” SanSouci said about obtaining drugs on the black market. “It’s terrifying.”

After her daughter’s death, SanSouci started researching the case and learned there were other victims scattered across the country, including a professor from the University of Minnesota who 5 INVESTIGATES first identified back in 2017.

Dr. Jason Beddow was considered an up-and-coming star in the agriculture department, but in the spring of 2016 — around the same time other victims started overdosing — he was found dead inside his university office in St. Paul, right next to an open package that investigators say he had just received from Broussard’s website.

Broussard was initially arrested and charged in Pennsylvania but was later extradited to Minnesota to face federal charges for importing and distributing fentanyl, along with other drugs.

Over the past several years, Broussard has cycled through six lawyers and is currently representing himself as he sits in the Sherburne County Jail waiting for his trial to start in March.

As his case drags on, new data shows the fentanyl problem is only getting worse in Minnesota and around the country.

This year alone, the Drug Enforcement Administration says it is conducting 27 fentanyl-related investigations in Minnesota — up from just three last year and five in 2016.

“It’s a phenomenon that’s not going away, unfortunately,” said Loven.

He said the two main drivers of the epidemic are addiction across the country and the payday for those who set up an operation like Broussard’s.

Meanwhile, SanSouci continues to scour the internet, looking for more victims like her daughter.

“These were just regular normal everyday people,” SanSouci said. “And it doesn’t discriminate.”