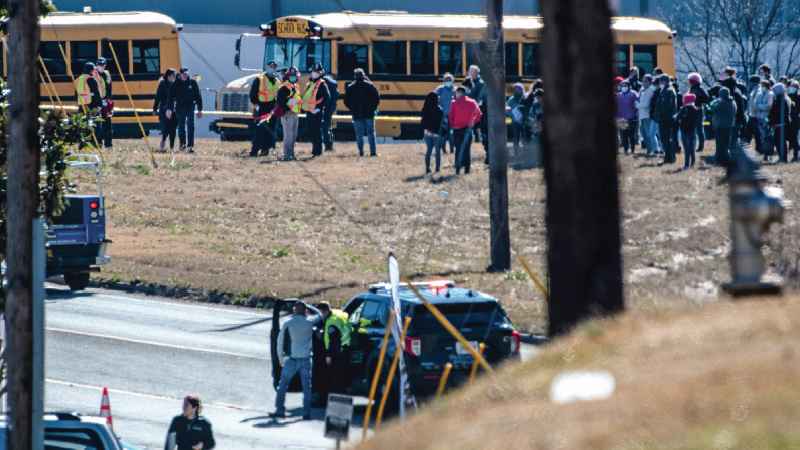 Workers at a northeast Georgia poultry plant said they escaped through a fog of vaporizing liquid nitrogen that killed six of their coworkers, as an investigation continued Friday into the cause of the leak at Foundation Foods Group.

Four people remained hospitalized, said Beth Downs, a spokesperson for Northeast Georgia Medical Center in Gainesville, with three in critical condition and one in fair condition.

Investigators have begun evaluating equipment at the plant that could have played a role in the leak, but said its location and cause had yet to be determined. The state fire marshal’s office has ruled out a shut-off valve on piping that connects a nitrogen storage tank outside the building to equipment inside, but the agency does not oversee other equipment at the plant, spokesman Weston Burleson said. Burleson referred additional questions to authorities in Hall County, who he said are leading the investigation along with the U.S. Occupational Safety and Health Administration.

Workers poured out of the plant Thursday morning after a liquid nitrogen line burst. The plant processes chicken into items such as nuggets and then freezes them for later use.

Jameel Fareed told WSB-TV that he avoided walking into the cloud of liquid nitrogen.

“First we just thought there was something wrong with the freezer. Then they started saying, ‘Get out,’” Fareed said. “I just saw the fog, and when I couldn’t see down the steps, I turned around. But I didn’t feel anything.”

Maria del Rosario Palacios leads Georgia Familias Unidas, a Latino advocacy group in Gainesville. She said a number of workers told her they developed headaches, apparently from a lack of oxygen. She said workers told her there was a loud noise, and then some workers were rushed into a room at the plant before going outside, with a strong odor indicating the presence of nitrogen.

Workers who weren’t hospitalized were examined after being evacuated to a nearby church, but Palacios said she’s worried that they may have suffered undetected injuries.

“These families need medical attention,” Palacios said. “It’s hard convincing folks to go in and get checked out.”

Gainesville is the hub of Georgia’s poultry industry, which is the largest in the country. Thousands of employees work across multiple processing plants around the city and much of the workforce, like in many meat-processing plants nationwide, is Latino.

St. Michael Roman Catholic Church in Gainesville has parishioners who work at the plant where the leak occurred, and Deacon Ken Lampert said he was worried about how the victims’ families would cope financially. The community is not affluent, and incomes often support extended families.

“When out of the blue mom and dad went to work yesterday and they didn’t come home tonight, it’s devastating,” he said. “We will rally around them and take care of them and make sure that life goes on.”