WHO chief warns of complacency as global virus cases drop 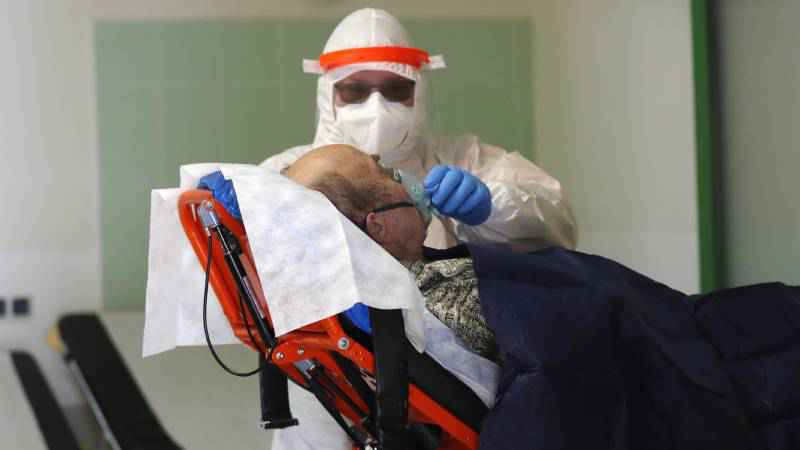 The head of the World Health Organization said Friday that the drop in confirmed COVID-19 infections around the world was encouraging, but cautioned against relaxing restrictions that have helped curb the spread of the coronavirus.

Tedros Adhanom Ghebreyesus said the number of reported infections globally has declined for the fourth week in a row, and the number of deaths also fell for the second consecutive week.

"These declines appear to be due to countries implementing public health measures more stringently," Tedros said. "We should all be encouraged, but complacency is as dangerous as the virus itself."

"Now is not the time for any country to relax measures or for any individual to let down their guard," he added. "Every life that is lost now is all the more tragic as vaccines are beginning to be rolled out."

While the figures reported by countries to the WHO for the week ending Feb. 8 are still incomplete, the global body said so far about 1.9 million newly confirmed cases were registered worldwide, down from more than 3.2 million the previous week.

Tedros said members of a WHO expert mission who recently visited China to investigate the possible source of the outbreak would publish a summary of their findings next week.

Chinese scientists and the WHO’s team of international researchers said this week that the coronavirus most likely first appeared in humans after jumping from an animal, and an alternate theory that the virus leaked from a Chinese lab was unlikely.

Peter Ben Embarek, the leader of the WHO mission, said Friday the labs in Wuhan that his team visited stated they had not been working with the virus that causes COVID-19, or had it in their collections before the outbreak. But he said it was possible the virus could still be present in samples that haven’t yet been analyzed.

He said the team had gained a much better insight into the early stages of the outbreak and concluded there was no large cluster of the disease in Wuhan or elsewhere around the city in the months prior to the first cases in December 2019. But he added that scientists are still "far away from understanding the origin and identifying animal species and, or the pathways from which the virus could have entered the human in December."

Tedros, the WHO’s director-general, said that the Geneva-based body had this week held its first meeting to help define and diagnose what he called post-COVID condition, also known as long COVID.

"This illness affects patients with both severe and mild COVID-19," he said. "Part of the challenge is that patients with long COVID can have a range of different symptoms that can be persistent or can come and go."

"Given the scale of the pandemic, we expect many people to be affected by post COVID-19 condition," said Tedros. "Of course, the best way to prevent long COVID is to prevent COVID-19 in the first place."