US sends team to probe fatal Tesla crash with no driver 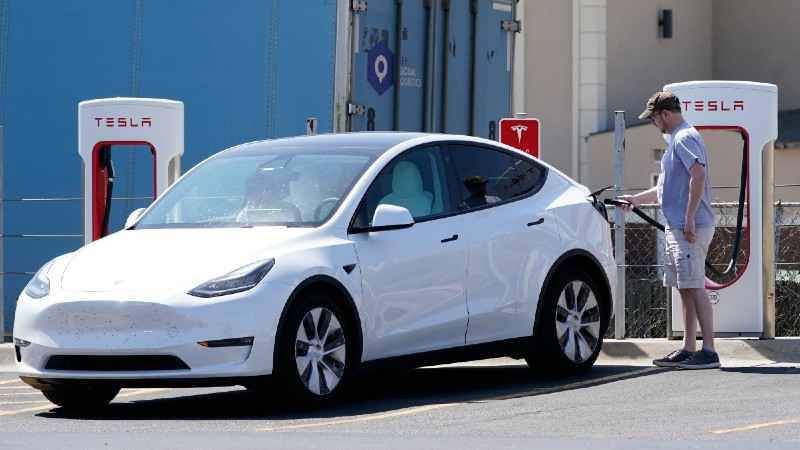 A Tesla owner charges his vehicle at a charging station in Topeka, Kan., Monday, April 5, 2021. The president and the auto industry maintain the nation is on the cusp of a gigantic shift to electric vehicles and away from liquid-fueled cars, but biofuels producers and some of their supporters in Congress aren’t buying it. They argue the U.S. should increase sales of ethanol and biodiesel, not abandon them.[AP Photo/Orlin Wagner]

Federal safety regulators have sent a team to investigate the fatal crash of a Tesla in a Houston suburb in which local authorities say no one was behind the wheel.

The National Highway Traffic Safety Administration said Monday it has sent a Special Crash Investigation team to Spring, Texas, to look into the Saturday night crash of the electric car.

Investigators are “100% sure” that no one was driving the 2019 Tesla Model S that ran off a suburban parkway, hit a tree and burst into flames, killing two men inside, Harris County Precinct Four Constable Mark Herman said.

But they’re still trying to determine whether the electric car was operating on Tesla’s Autopilot driver-assist system, or if the company’s “Full Self-Driving Capability” system was in use.

One of the men was found in the front passenger seat of the badly burned car, and the other was in the back seat, Herman told The Associated Press Monday.

“We are actively engaged with local law enforcement and Tesla to learn more about the details of the crash and will take appropriate steps when we have more information,” NHTSA said Monday.