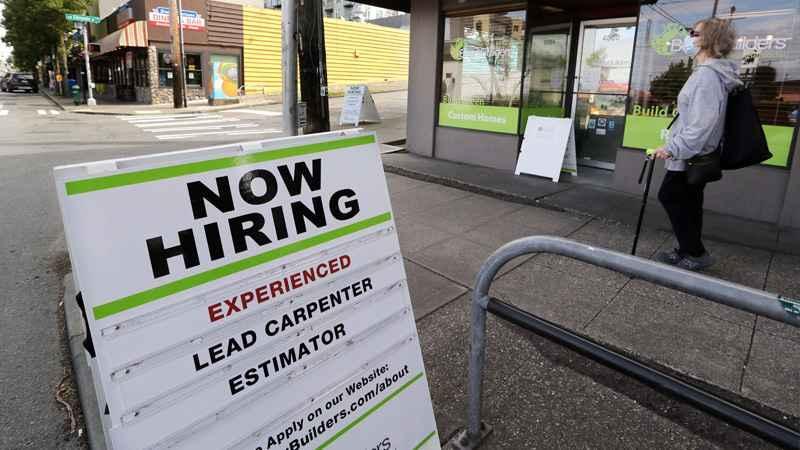 In this photo taken Thursday, June 4, 2020, a pedestrian wearing a mask walks past reader board advertising a job opening for a remodeling company, in Seattle. The U.S. unemployment rate fell to 13.3% in May, and 2.5 million jobs were added — a surprisingly positive reading in the midst of a recession that has paralyzed the economy and depressed the job market in the wake of the viral pandemic.[AP Photo/Elaine Thompson]

Wages and benefits for U.S. workers rose in the last quarter of the year even with employers trying to hold the line on pay gains as the pandemic rankles the economy.

Total U.S. workers compensation rose 0.7% in the October-December quarter, an increase over the previous two quarters, the Labor Department said Friday. Growth was 0.5% in the second and third quarters, down from 0.8% in the first three months of the year.

For the year, wages and benefits grew 2.5%, with wages and salaries up 2.6% and benefits, which include Social Security, grew 2.3%.

The data comes from the Labor Department’s Employment Cost Index, which measures pay changes for workers that keep their jobs. The data isn’t affected by the mass layoffs in the spring.

Even though the gains were modest, they still outpaced 2020 inflation of 1.4%, which is well below the Federal Reserve’s 2% target. Analysts believe inflation will remain subdued as the U.S. economy struggles to break out of a pandemic-induced downturn.