Ukrainian couple gets married on defense line in Kyiv

A Ukrainian couple decided to tie the knot on the country’s defense line after spending the last 22 years together.

Lesia Ivashchenko says she left her job after Russia invaded her country in February, and joined the defense forces who were defending her district on the outskirts of Kyiv.

Sunday, she married her partner, Valerii Fylymonov, whom she hadn’t seen since the beginning of the invasion.

“I’m happy that we are alive, that this day started, that my husband is alive, and he is with me,” she said after the wedding ceremony on Sunday that was organized right on the defense line in Kyiv.

“We are determined to push back the enemy and take back our lands and win,” said the happy bride. 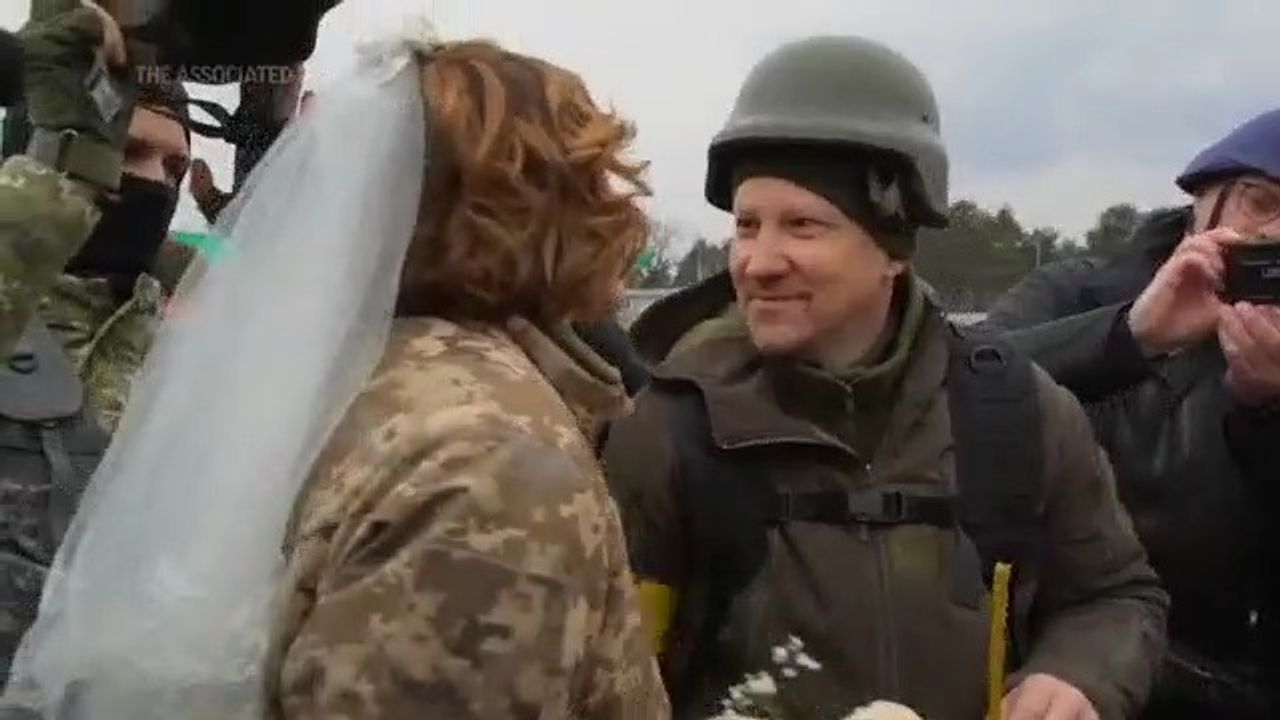 Lesia Ivashchenko and Valerii Fylymonov get married on the defense line in Kyiv. Credit: Associated Press

The couple has an 18-year-old daughter.