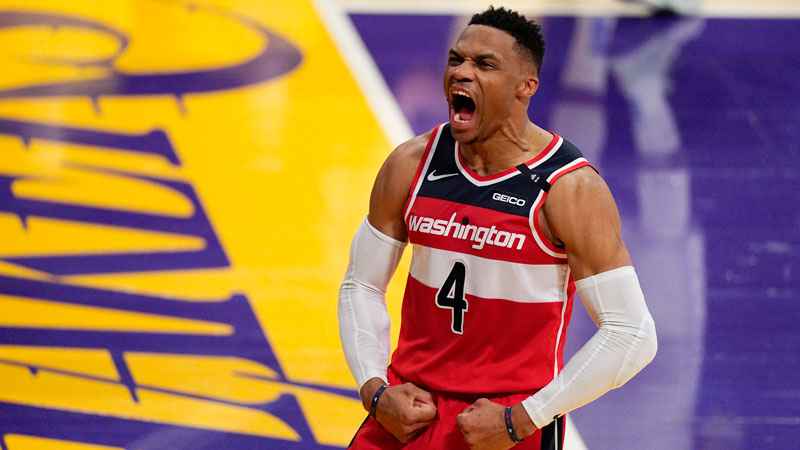 Washington Wizards guard Russell Westbrook celebrates after scoring and drawing a foul in the closing second of overtime in an NBA basketball game against the Los Angeles Lakers Monday, Feb. 22, 2021, in Los Angeles.[AP Photo/Mark J. Terrill]

NBA star Russell Westbrook is helping bring a documentary on the Tulsa Race Massacre to The History Channel, according to ABC affiliate station KTUL.

A&E Television Networks announced this week that the project has gotten the green light to air this spring in connection with the 100th anniversary of the Tulsa Race Massacre, where a violent mob of white people destroyed a thriving Black community.

"The Tulsa Race Massacre was not something I was taught about in school or in any of my history books," Westbrook said in a news release from A&E Television Networks. "It was only after spending 11 years in Oklahoma that I learned of this deeply troubling and heartbreaking event. This is one of many overlooked stories of African Americans in this country that deserves to be told. These are the stories we must honor and amplify so we can learn from the past and create a better future."

Westbrook is serving as executive producer.

An exact air time and date have not been announced for the two-hour documentary, with a working title of "Tulsa Burning: The 1921 Race Massacre."

Peabody and Emmy-Award winner Stanley Nelson and Peabody and duPont-Award winner Marco Williams will direct this film, which promises to feature rare archival footage and imagery while weaving in present-day stories and interviews from historians.