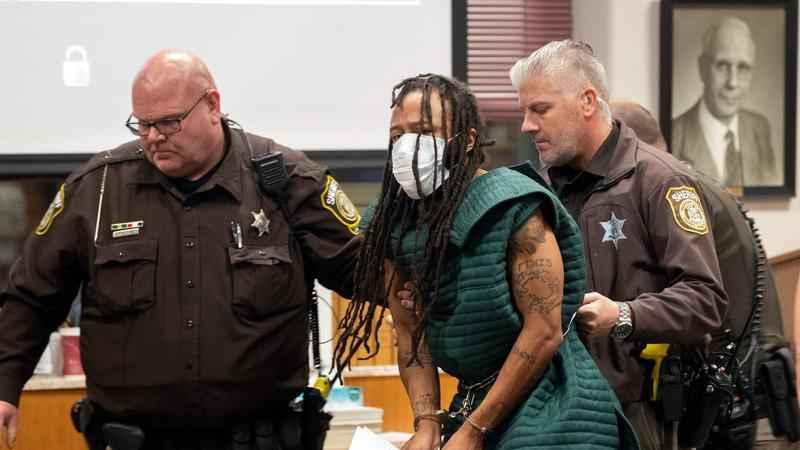 Darrell Brooks, center, is escorted out of the courtroom after making his initial appearance, Tuesday, Nov. 23, 2021 in Waukesha County Court in Waukesha, Wis. Prosecutors in Wisconsin have charged Brooks with intentional homicide in the deaths of at least five people who were killed when an SUV was driven into a Christmas parade.[Mark Hoffman/Milwaukee Journal-Sentinel via AP, Pool]

The man accused of driving his SUV through a Christmas parade in suburban Milwaukee, killing six people and injuring dozens, said Wednesday that he feels like he’s being “demonized.”

Darrell Brooks Jr., in an interview with Fox News from the Waukesha County Jail, offered no details about a possible motive.

“I just feel like I’m being monster – demonized,” Brooks said, according to the Fox report.

According to a criminal complaint, Brooks drove his SUV into the parade in Waukesha on Nov. 21. Witnesses said he was swerving and appeared to be intentionally trying to hit people. He was arrested minutes later as he stood on the porch of a nearby house asking the homeowner to help him call a ride.

Police said he had fled the scene of a domestic disturbance when he turned into the parade, although officers were not pursuing him at the time. He’s been charged with six counts of first-degree intentional homicide.

She said her son has long suffered from mental health issues and after he became an adult he lacked the insurance and finances to continue his medication and counseling, leading him to commit crimes.

“Mental illness is real and the system is broken it can and must be fixed NOW, not next year or with a new legislation NOW. So many like Darrell that have fallen through the cracks because of a broken system that no one cared to address, can get the help they so desperately need,” Woods wrote in the letter, first obtained by WDJT-TV.

At the time of the crash, Brooks was out on $1,000 bail in a Milwaukee County case in which he is accused of intentionally striking a woman with his car. He was charged in that case on Nov. 5.

He’s also a defendant in another Milwaukee County case from 2020 in which he’s charged with shooting at his nephew and another person.