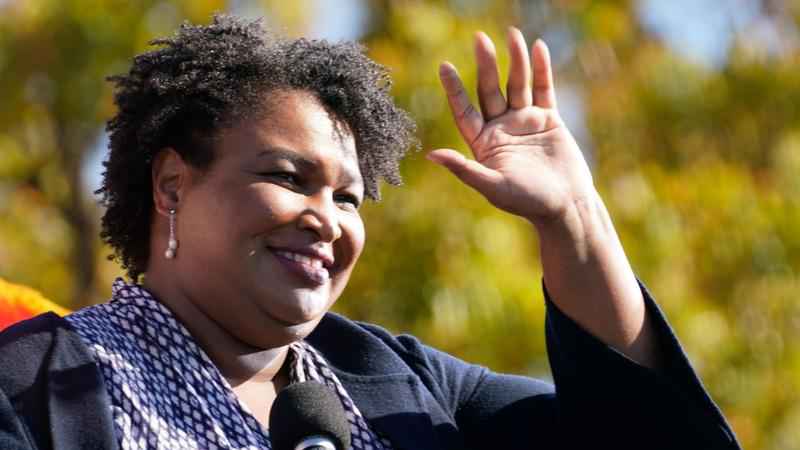 FILE - In this Monday, Nov. 2, 2020, file photo, Stacey Abrams speaks to Biden supporters as they wait for former President Barack Obama to arrive and speak at a campaign rally for Biden at Turner Field in Atlanta.[AP Photo/Brynn Anderson, File]

Stacey Abrams, the Georgia Democrat and leading voting rights activist, said Wednesday that she will launch another campaign to become the nation’s first Black woman governor.

Without serious competition in a Democratic primary, the announcement sets up a likely rematch between Abrams and incumbent Republican Gov. Brian Kemp. Their 2018 contest was one of the most narrowly decided races for governor that year and was dominated by allegations of voter suppression, which Kemp denied.

Yet Abrams’ strong showing convinced national Democrats that Georgia should no longer be written off as a GOP stronghold. Her performance and subsequent organization convinced Joe Biden to invest heavily in the state in 2020, and he became the first Democratic presidential candidate to capture it since 1992. The party later won a narrow Senate majority after victories in two special elections in the state.

The 2022 governor’s race will test whether those gains were a one-time phenomenon driven by discomfort with then-President Donald Trump or marked the beginning of a more consequential political shift in a rapidly growing and diversifying South.