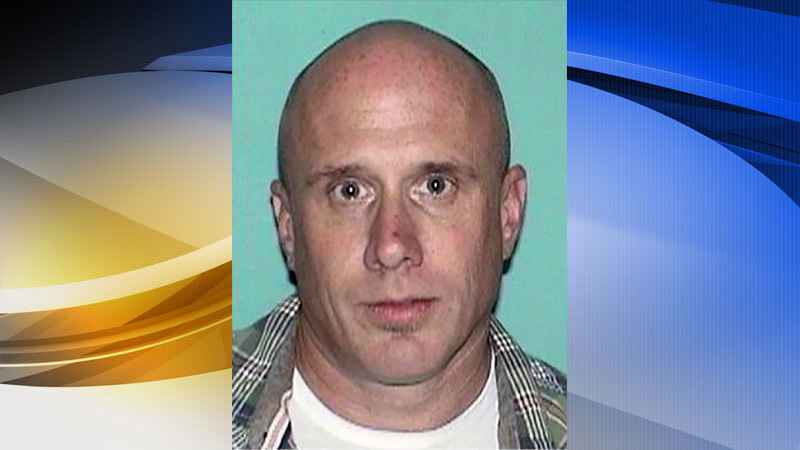 This undated photo released by the Gloucester County Prosecutor’s Office shows Sean Lannon. Authorities on Wednesday, March 10, 2021, searched for Lannon, a man wanted for questioning in a homicide in New Jersey and in the slayings of four people whose bodies were found inside a vehicle parked in a New Mexico airport garage. [Gloucester County Prosecutor’s Office via AP]

A man who is accused of killing a New Jersey man he says sexually abused him in childhood, and who was sought after the deaths of his ex-wife and three other people in New Mexico, says he is responsible for a total of 16 slayings, a prosecutor said — though authorities have yet to corroborate his claim.

Sean Lannon, 47, said that he killed not only his ex-wife and the three others, but also "11 other individuals" in New Mexico, NJ.com quoted Alec Gutierrez, an assistant prosecutor in suburban Philadelphia’s Gloucester County, New Jersey, as saying during a detention hearing Friday.

Authorities allege in court documents that the admission came in a phone call to a relative, who told investigators that Lannon expressed remorse. Lannon is so far charged with only the one death in New Jersey, and his lawyer says Lannon was provoked.

Police Lt. David Chavez in Lannon’s hometown of Grants, New Mexico, told the Albuquerque Journal that authorities have no indication that his claims about 11 other killings are true and that they aren’t aware of any missing-person or homicide reports that would fit his narrative.

"Is it possible? Sure it’s possible. Is it probable? No, probably not," Chavez told the newspaper, saying authorities would investigate.

Lannon was arrested in St. Louis on March 10 after a search across several states. He was driving a car stolen from Michael Dabkowski, the New Jersey victim whose body had been found the same day, and is now behind bars in New Jersey.

He is accused of breaking into the 66-year-old Dabkowski’s home and beating him with a hammer, according to an affidavit.

Lannon is also a person of interest in the death of his wife and the three others in New Mexico. Authorities say a vehicle was discovered March 5, 80 miles (130 kilometers) from Grants in a garage at Albuquerque International Sunport, containing four bodies.

The bodies were identified as those of Jennifer Lannon, 39; Matthew Miller, 21; Jesten Mata, 40; and Randal Apostalon, 60. Sean Lannon lived 80 miles (130 kilometers) away in Grants.

Jennifer Lannon, Miller and Mata were friends, and Apostalon lived out of his car and was known to give rides for money, Grants police said. The bodies were found in Apostalon’s car.

Gutierrez said Friday that Lannon confessed to luring several victims to a home in New Mexico and dismembering some of them.

"They were together for about nine years, and it’s just mind-boggling because it’s someone I welcomed into my home and we had Thanksgiving dinner together."

Public defender Frank Unger challenged probable cause for the New Jersey murder charge, arguing that Lannon entered Dabkowski’s home in East Greenwich Township with permission and that the acts that followed amounted, at worst, to passion provocation manslaughter, NJ.com reported.

Dabkowski mentored Lannon and his twin brother through a Big Brothers program in the 1980s, NJ.com reported. Lannon told investigators that Dabkowski had sexually abused him as a child and that he went to the man’s home to retrieve sexually explicit photos.

Unger argued that Lannon didn’t want anyone "to have control over me any longer." Dabkowski had "documented those sexual assaults, those rapes, by taking pictures of himself with Mr. Lannon in sexually compromised positions," Unger said.

Unger said Lannon retrieved two hammers from Dabkowski’s garage and gave them to the victim, saying, "You’re going to need these. I don’t want to hurt you."

"I would suggest that this fact alone illustrates this was not purposeful murder. He did not even bring a weapon to the home," Unger said, arguing that Dabkowski attacked his client and was then killed.

Gutierrez said that the New Mexico victims had been lured to a home and argued that the idea of Lannon having been invited into Dabkowski’s home "should be looked at through the lens of at least three prior incidents in New Mexico."

Unger argued for pretrial release, saying his client had no prior convictions and is an Army veteran with an honorable discharge.

Lannon was born in Massachusetts and spent most of his early years in Gloucester County before he was deployed to Germany, Unger said. He has family in southern New Jersey, including his mother and sister, and could stay locally on electronic monitoring if released, the defender argued.

Gutierrez said Lannon adopted an assumed name to avoid detection when he returned to the East Coast and had spent a week in jail in New Mexico for failing to appear in court. It wasn’t clear what he had been cited with.