PHOTOS: In the midst of war, life goes on in Ukraine 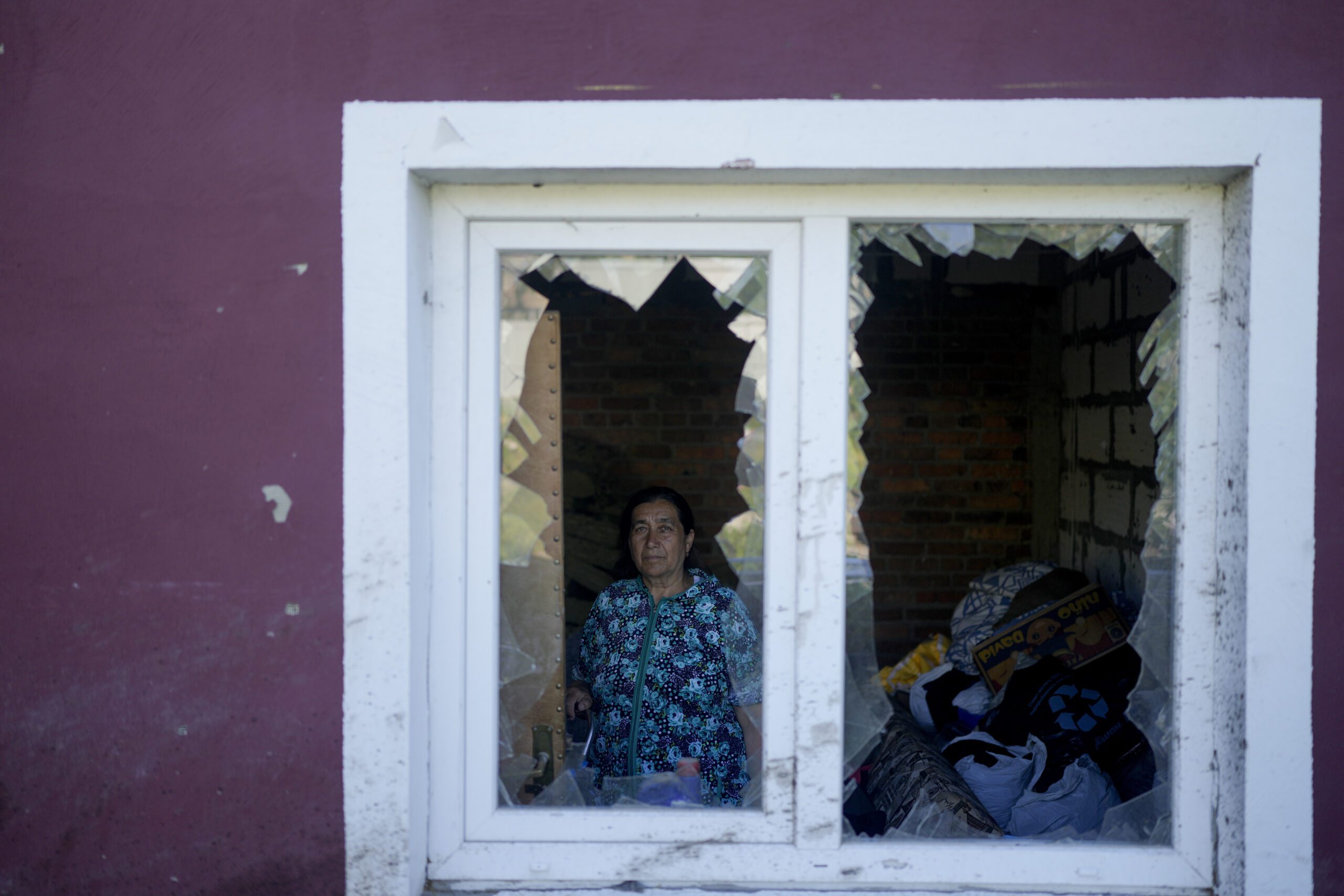 Nastasia Vladimirovna poses for a portrait from inside her home, destroyed by Russian attacks in Mostyshche on the outskirts of Kyiv, Ukraine, Monday, June 6, 2022. Vladimirovna said she lived here with 18 family members, but that now she and her husband are staying at a neighbor's home. (AP Photo/Natacha Pisarenko)

Life goes on in Ukraine. The war goes on, too.

In the span of two weeks that included the 100th day of the conflict with Russia, Associated Press photographers captured a country that is both a battleground and place where people try to go about their everyday lives.

They showed a man sitting peacefully with a child in Natalka Park in Kyiv. And a heartbroken woman standing in front of her ruined house in the outskirts of the capital, clinging to her granddaughter’s doll.

They showed fans celebrating a goal in a World Cup qualifying play-off soccer match between Ukraine and Scotland. And the inconsolable, black-veiled mother of an Army colonel, weeping at his funeral.

They showed eager children in train guard uniforms, about to board a special train for kids. And a man crying over the body of his girlfriend, killed by shelling in Donetsk.

Even as Ukrainians dig trenches, live amid ruins and tend wounds, others still tend the fields and women still park their bikes in the park to enjoy spring days.

But any escape is precarious. If today bombs are not exploding nearby, tomorrow may tell a very different story. Today, the blood that stains the stairs of a building damaged by a missile strike is that of an unknown victim; tomorrow, it may be yours.