Moving on from QAnon? Experts say these tips could help 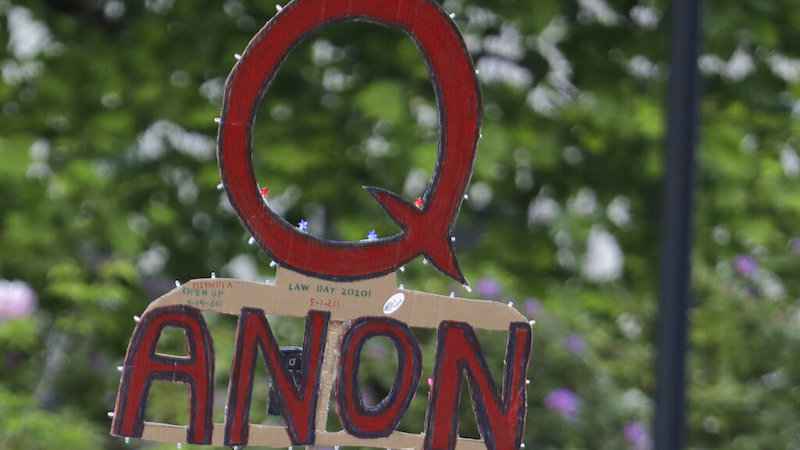 Donald Trump’s departure from the White House shattered the hopes of some Qanon conspiracy theorists who said they believed he would expose a worldwide cabal of devil-worshipping pedophiles. While some have clung to the faith even after the reality of Trump’s election loss set in, others have abandoned the movement.

Experts and former QAnon believers interviewed by The Associated Press offer several tips for individuals looking to move on from the conspiracy theory, or for those wondering how to talk to a loved one consumed by it.

LISTEN, DON’T PREACH: Believers in conspiracy theories aren’t likely to be swayed by people who mock their views. Instead of lecturing, listen and ask questions about why they got into the conspiracy theory, or where they get their information. Whenever possible, have the conversation offline.

CHANGE THE SUBJECT: Bring up shared experiences and interests to help the person focus on personal, offline connections. If someone dwells on the conspiracy theory, politely say you’d rather talk about something else.

UNPLUG: Social media has allowed conspiracy theories and misinformation to spread farther and faster than ever before. Taking occasional breaks from social media can help people refresh, whether they believe in QAnon or not, especially during a pandemic that has only led to more screen time.

EXERCISE: It’s not just good for physical heath but can also help former believers deal with the anxiety that comes from leaving QAnon behind. One former believer told the AP that yoga helped her move on.

VOLUNTEER: Mental health experts and former QAnon believers say finding local volunteer opportunities can help current and former adherents redirect their energy and concern in a positive way. Did QAnon open your eyes to the problem of child sex trafficking? Experts say helping out with local nonprofits that serve children or combat poverty is far a more effective solution than posting on social media.

EXPAND YOUR SOURCES: Checking a variety of sources and relying on legitimate news is one way to avoid falling for misinformation and conspiracy theories in the first place. If loved ones are curious about QAnon and growing more interested, encourage them to check out fact-based resources that might help them understand the truth.

REACH OUT: Conspiracy theories create online communities, and renouncing them can leave people feeling alone, humiliated or confused. Former believers looking to move on from QAnon say talking about their feelings helps. Some turned to therapy while others joined online forums for ex-believers on platforms like Reddit and Telegram.