Let the challenges begin! Time for contesting census is here 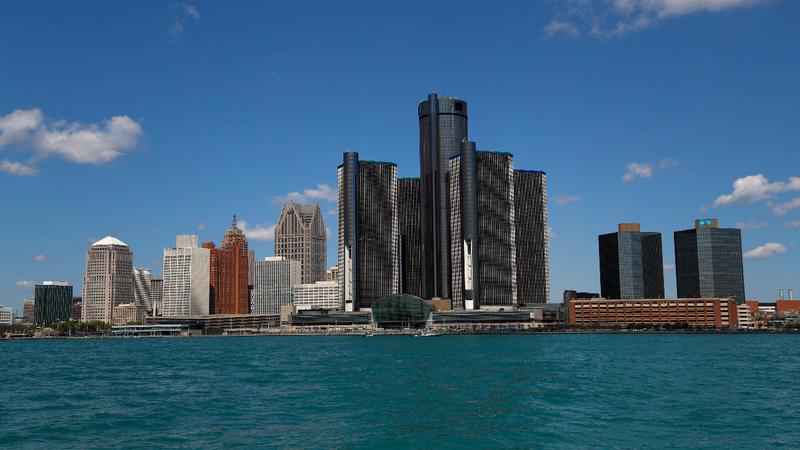 The Detroit skyline is shown from the Detroit River on May 12, 2020. Detroit's mayor believes tens of thousands of residents in the majority-Black city were missed in the 2020 census. [AP Photo/Paul Sancya, File]

Detroit’s mayor believes tens of thousands of residents in the majority-Black city were missed in the 2020 census. Somerton, Arizona, leaders are incredulous the Census Bureau says they lost residents during a decade when the overwhelmingly Hispanic community grew enough to warrant a new high school.

And college towns across the U.S. believe they were undercounted as students fled campuses shuttered by the coronavirus.

The time for communities with a beef about how they were counted in the 2020 census has arrived.

At the start of the new year, the U.S. Census Bureau began accepting challenges from states, counties, cities and tribal nations about one of the most difficult counts in recent memory, due to the pandemic, political interference from the Trump administration, hurricanes and wildfires.

The scope for making challenges through the Count Question Resolution program is narrow, and few local governments got their numbers changed after the 2010 census. But the bureau has made adjustments when past errors were revealed.

Unprecedented hurdles in 2020 may heighten the need for tweaks this time around. Many leaders worry that inaccurate figures could cost their jurisdictions their share of the $1.5 trillion the federal government distributes annually based on census numbers.

Along with concerns about undercounted racial and ethnic groups and college students, some small towns believe a new privacy method the Census Bureau used for the first time skewed their numbers. And officials in areas with large institutions like prisons or military barracks worry that pandemic lockdowns left out many inmates or service members.

The census challenges won’t change the number of congressional seats each state gets, or the numbers used for redrawing political districts. Those were released in August so the redrawing of district lines could be completed in time for upcoming elections.

At this point, it’s hard to say how many governments will appeal through the program, which has been around since 1990. As of this week, the Census Bureau hadn’t made public any applications. But states, cities, counties and tribal nations have through June 2023 to submit them.

State College, Pennsylvania, home to tens of thousands of students at Penn State University, plans to file a challenge this winter because officials believe 4,000 to 5,800 people were missed in the community of more than 40,500 residents, said Douglas Shontz, a borough spokesman.

"I’m not very optimistic but we’re going to explore every route we can to ensure everyone in State College was properly counted," Shontz said in an email.

The lack of optimism may be because the scope of challenges is narrow — for mistakes made in recording boundaries or housing that was skipped over during data processing. In years past, only a few were successful. Revisions to population and housing totals were made to about 1% of the nation’s 39,000 governments after the 2010 census.

"Unfortunately, the program hasn’t resulted in many changes, which might be discouraging, but this is a really important opportunity to fix the numbers," said Cara Brumfield, a senior policy analyst at the Georgetown Center on Poverty & Inequality.

When they do succeed, challenges can have a significant impact. After the 2010 census, the city of Houston got its population count revised from 2.09 million to 2.1 million. The addition of 812 previously uncounted residents triggered the addition of two city council seats.

Some demographers and local government officials say the program should allow for challenges for other problems, including mistakes by census takers or managers. Some say they need more latitude to use administrative records to show errors in the headcount.

"We propose that ‘human error’ during census-taking field operations should have a remedy, if such errors are detected and substantiated," said Todd Graham, a principal demographer for the Metropolitan Council of the Twin Cities, in public comments on the program.

Citing concerns about residents being missed in Detroit, the House Committee on Oversight and Reform on Thursday asked the Census Bureau for a briefing on whether communities might be able to challenge and fix their population counts if an undercount is documented.

Local governments will soon have another way to change the numbers. Starting next year, they can hire the Census Bureau to conduct a "special census" in a re-do of the 2020 count, with the locals footing the bill. They can also challenge population estimates that use the census figures as a base upon which births, deaths and migration are added annually.

Given the 2020 problems counting people in dorms, military barracks, nursing homes and prisons during the pandemic, the Census Bureau has proposed creating a separate program to accept challenges for these "group quarters." State, city and tribal officials have been sounding the alarm about the counts because students were sent home from campuses, and prisons and nursing homes went into lockdowns when those residents were supposed to be counted.

Brumfield called the proposal "a step in the right direction." Any changes will be incorporated into future population estimates and the bureau’s American Community Survey, under the proposal.

"I’m optimistic it will address a lot of concerns," Brumfield said. "It’s a good sign that the bureau has been listening."