A Detroit-area artist whose studio was where the parents of the Oxford High School student charged in a deadly shooting were found by police is cooperating with authorities and didn’t know the couple had stayed overnight, his attorney said Sunday.

James and Jennifer Crumbley, who face involuntary manslaughter counts, were found early Saturday inside a Detroit commercial building. The couple’s attorneys have said they didn’t intend to flee, countering authorities who accused them of eluding capture for their alleged role in a school shooting that left four students dead. Their 15-year-old son, Ethan Crumbley, has been charged as an adult with murder, terrorism and other crimes.

The couple went to artist Andrzej Sikora’s studio inside the downtown building Friday morning, but the artist was unaware of the charges against the couple or that they stayed after he left for the day, according to attorney Clarence Dass. He said Sikora had a "friendly relationship"’ with the Crumbleys but declined to give details, citing an active investigation.

Dass said when the artist awoke Saturday and heard news of authorities taking the couple into custody, he voluntarily contacted authorities. Authorities had been looking for the couple since Friday afternoon.

“There was a lot of confusion and the Crumbleys went to him for safety. He didn’t know about the charges,” Dass said. “They were there in the daytime. He left in the early evening. He didn’t even know they were still there.” 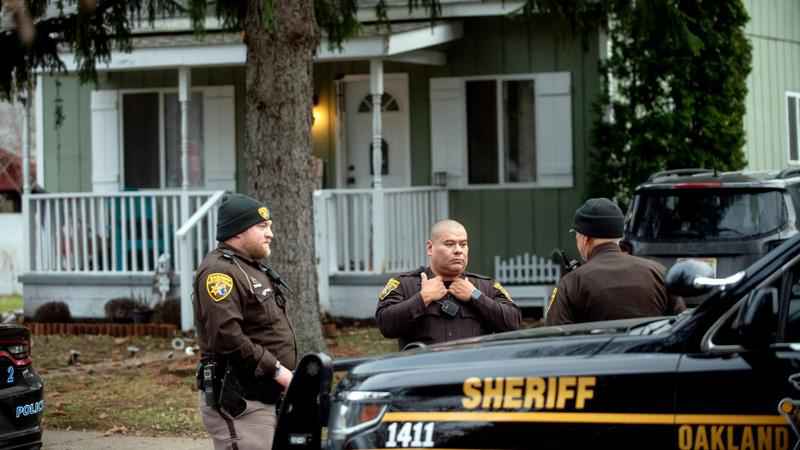 Three Oakland County Sheriff's deputies survey the grounds outside of the Crumbley residence while seeking James and Jennifer Crumbley, parents of Oxford High School shooter Ethan Crumbley, Dec. 3, 2021, in Oxford, Mich. A Detroit-area artist whose studio was where the parents of the Oxford High School student charged in a deadly shooting were found by police is cooperating with authorities and didn’t know the couple had stayed overnight, his attorney said Sunday, Dec, 5, 2021. [Jake May/The Flint Journal via AP]

Sikora, 65, has not been charged, but Detroit police have said the Crumbleys “were aided in getting into the building,” and that a person who helped them may also face charges. Detroit police did not have further information Sunday.

Oakland County Undersheriff Michael McCabe confirmed Sunday that Sikora’s attorney had reached out and authorities were setting up an interview.

Sikora, a Polish-born American artist who lives in Oakland County, has been in the country for years, Dass said. His work, largely murals, can be found around the Detroit area, including on homes and businesses.

On Friday, Oakland County Prosecutor Karen McDonald’s office made the rare decision to file charges against Ethan Crumbley’s parents. Prosecutors accused them of failing to intervene on the day of the shooting despite being confronted with a drawing and chilling message — “blood everywhere” — that was found at their son’s desk. They could each face up to 15 years in prison.

The Crumbleys committed “egregious” acts, from buying a gun on Black Friday and making it available to their son to resisting his removal from school when they were summoned a few hours before Tuesday’s shooting, McDonald alleged.

Defense attorneys for the Crumbleys have argued that they never intended to flee and had made plans to meet their lawyers Saturday morning.

School district officials have said a third party will investigate the events at Oxford High School that occurred before the shooting. On Sunday, Michigan Attorney General Dana Nessel said her office could conduct the probe.