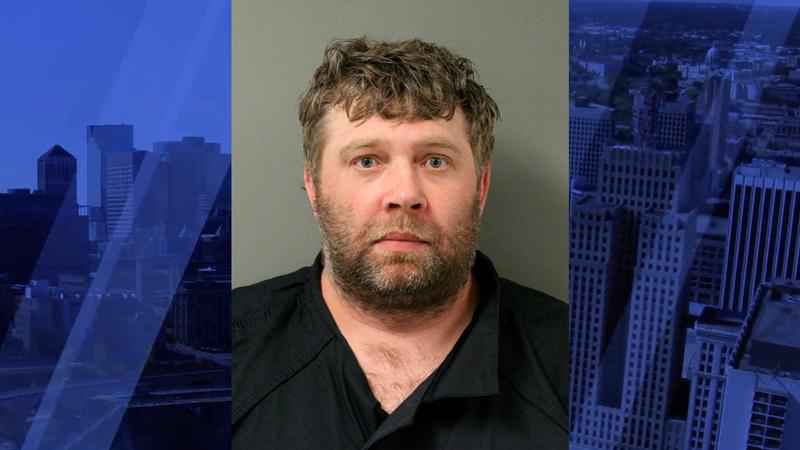 In this undated booking photo provided by the Webster County Jail in Fort Dodge, Iowa, is Joshua Pendleton. Pendleton was found guilty Tuesday, April, 27, 2021, of beating a pastor to death outside a central Iowa church. Pendleton, was convicted of first-degree murder and robbery in the death of the Rev. Allen Henderson, 64, on Oct. 2, 2019, who was found unresponsive outside the St. Paul Lutheran Church in Fort Dodge, where he was senior pastor. [Webster County Jail via AP]

An Iowa man was convicted Tuesday of fatally beating a pastor outside of his church.

Joshua Pendleton, 37, was convicted of first-degree murder and robbery in the October 2019 killing of the Rev. Allen Henderson in Fort Dodge, a city of about 25,000 roughly 70 miles (112 kilometers) north of Des Moines. He is scheduled to be sentenced June 18 and faces a mandatory term of life in prison without the possibility of parole.

Police said Pendleton, who lived near the St. Paul Lutheran Church, attacked Henderson after the 64-year-old pastor tried to stop him from entering the building. Henderson was later found unresponsive outside.

The trial was delayed after Pendleton was found to be not competent to stand trial in February 2020. Authorities and his family said Pendleton is schizophrenic.

According to court documents, Pendleton told police he heard a girl screaming in the church and thought Henderson was assaulting her.

Last June, Pendleton was ordered to stand trial after a psychiatrist at the Iowa Medical Classification Center in Coralville deemed him "restored to competency," The Des Moines Register reported.

Pendleton’s trial was moved from Webster County to Davenport because of the extensive publicity surrounding the case.